The world’s hypocrisy on UNRWA.

And the world is not silent.

For years, UNRWA has been using its status as a UN organization as a cover for subversive actions against the State of Israel.  It is the only UN agency dedicated to dealing with a particular group of refugees: Palestinians.  (It was established independently of the UNHCR – United Nations High Commissioner for Refugees, which provides support to refugees from all around the world.) Yet time and time again, the organization engages not in humanitarian relief but in anti-Israel and even terrorist activities. 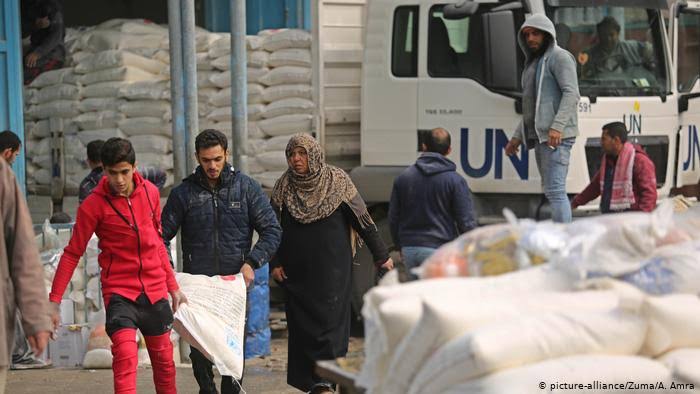 As a Jerusalem City Council member, I can attest to the fact that UNRWA is also one of the greatest obstacles to coexistence in Jerusalem, as it incites the Arab population against Jews instead of encouraging integration inside a united Jerusalem under Israeli sovereignty.

When Arab states refused to settle Palestinian refugees after the 1948 War of Independence, UNRWA was established to provide shelter, relief and health services, with the expectation that these refugees would return to their homes within two years.  Yet with Arab states’ encouragement, UNRWA ended up not assisting refugees’ acclimatization to their new countries but making the situation far worse.

During a Knesset debate in September 2018, then-mayor of Jerusalem Nir Barkat brandished an UNRWA textbook that praised a terrorist who had killed Israelis.  Other UNRWA textbooks emphasize the Palestinian “right of return” while failing to include the State of Israel on maps, or to recognize Israelis as human or to present peace as a possibility. Some official textbooks used in UNRWA schools even incite terrorism, advocating jihad against Israel. After recent operations in Gaza, it was revealed that UNRWA arms have served as missile depots and support bases for Hamas.

And the world is not silent.

Did you think I’d complain that the world is silent in the face of the atrocities perpetuated by a purported refugee agency that acts like a terrorists’ hub? In fact, global silence would be a step up compared to the reality we’re in, because UNRWA has actually been supported by Western countries, along with Arab states. They are guilty by association. For us, this is yet another form of antisemitism, this time concealed under the guise of humanitarianism.

And now we are incensed. Last week it was announced that UNRWA Commissioner General Pierre Krahenbuhl had stepped aside following “allegations of misconduct,” pending investigation. While the nature of these allegations has not been made public, I am confident it is nothing to do with UNRWA’s many decades of supporting – even promoting – hatred, terrorism and violence. So why the outcry now?

When UNRWA supports terrorism against Jews, the world is silent. When allegations of corruption come up, countries remove their funding from UNRWA and force the commissioner to step down.

The truth is that no matter what last week’s accusations relate to, it is a slap in the face to Israelis. It confirms what we have suspected all along: Our suffering does not matter. That of Palestinians does but not ours. Misconduct results in consequences – stepping aside, an investigation – only when the victims are not Israeli.

The author, Dan Illouz is a Jerusalem City Council member for the Hitorerut Party, leading an effort to get UNRWA out of Jerusalem.

The Voice of Olim in Jerusalem.

The Voice of Jerusalem to the World.

From Israel: We Cannot Continue This Way!!

This posting will be brief. I had hoped to write next when a government had …