From Israel: Hard and Necessary Choices.

1) On Sunday, the Al-Nirab airbase, in northern Syria outside of Aleppo, was attacked. This is a base utilized by Iranians. Israel has not acknowledged responsibility for this attack but Israeli involvement is broadly acknowledged. Latest reports indicate that 22 people were killed, nine of whom were Iranian (meaning that 13 were Syrians).

There is no indication of any effort by Israel to have avoided hitting people when bombing the base; there has been no international criticism of Israel for allegedly having perpetrated this attack.

No one questioned whether there were any minors inadvertently caught in that attack, either. If the world pays any attention at all, it is with implicit understanding that Israel is acting in self-defense.

2) UN Special Coordinator for the Middle East Process Nickolay Mladenov gave an address at the UN on Sunday, during which he considered the situation in Gaza. To be fair to him, I note that he called on the people of Gaza to stop the incendiary kites and balloons. But he also said this:

“I appeal to Israel, to be very restrained in its responses to the situation in Gaza. I appeal to snipers not to shoot children.”

Was he referring to the 15-year old I wrote about yesterday, who we shot because he had seriously injured an IDF officer by lobbing a grenade at him?

Hardly for the first time, a statement has been made in an international forum that implies that Israelis kill children. Undoubtedly many, learning of this statement, nodded their heads in recognition of this “truth,” which someone in the UN had confirmed.

And here we have one critical element of the situation that Israel must deal with:

Palestinian Arabs are the world’s sacred cows. The evil of Hamas leaders with regard to their desire to destroy Israel is matched by their Machiavellian behavior in using their own people. They encourage youngsters to take risks, hoping that some of them will be killed by the IDF. They attempt to set up situations in which Israel will be seen as in the wrong, and they will be embraced as innocent victims.

But there is another part to this situation that is just as significant:

Jews are the people that the world (with some few but important exceptions) loves to hate. Especially is this true in western Europe and in international forums such as the UN. Put another way, it’s not just that Palestinian Arabs are the world’s sacred cows, but that much of the world is also eager to point a finger at Israel.

We here in Israel understand a basic reality. The world is not upset when Palestinian Arabs are killed elsewhere. Hundreds (thousands?) of Palestinian Arabs in Syrian refugee camps, many innocents and many children, have died because they were in the wrong place at the wrong time in the course of the civil war, to little notice. The key issue in determining international response is whether it was Israelis who killed them, no matter for what valid reason.

Legitimate self-defense on Israel’s part does not factor into how the situation is perceived. The Palestinian Arabs are eternal “victims,” never responsible for their behavior.

Yesterday I read an interesting theory about why Hamas leaders are eager to provoke us into war: Once there is war, the world would view them with sympathetic eyes and see Israel as the villains. This scenario, of course, presumes that Hamas would still be around at the end of the war.

This entire situation undoubtedly influences decisions Israel has been making.

It likely accounts for that extremely unfortunate statement by an air force official I cited yesterday, regarding orders to only hit Hamas infrastructure and not terrorists.

Similarly, it is likely a factor in our reticence to take strong measures against the kite and balloon launchers.

I would be surprised if it hasn’t been factored into decisions about going to war as well. When we are at war with Hamas, the mood in many parts of the world turns ugly. There are riots against us, and promotion of BDS as legitimate. Concern about International Criminal Court actions increases, as well – the Palestinian Arabs label our self-defense as “war crimes.”

Thus is enormous resilience and self-confidence required of our leaders.

No other country in the world would tolerate what has been done to our south, and we should not tolerate it either. Necessary actions must be taken.

It seems clear at this point that Hamas is provoking us to attack.

Not only have the incendiary kites and balloons not stopped, one rocket was launched on Monday evening (ostensibly in retaliation for actions we had taken against balloon launchers).

Yesterday a falcon was found in the Negev that had a harness attached to it that was carrying explosive material. I could not make this up:

Today, Tuesday, an incendiary balloon drifted into the garden of a kindergarten where children were playing. Thankfully, no one was hurt.

In response to yesterday’s fires, Lieberman now says that orders have been given to shot at balloon launchers, not near them.

Additionally, Israel announced that because of the rocket launching on Monday, there would be further restrictions on what would be permitted through the Kerem Shalom crossing. 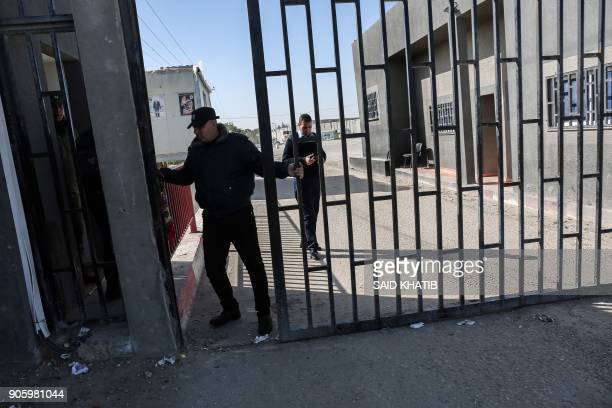 Until Sunday, there will be no fuel allowed through, only food and medicine with the approval of Israel in each instance.

Hamas, however, appears to have no intention of backing down. A spokesman declared that there would be “dangerous consequences” for this “crime against humanity.”

(For reasons that are unclear, Egypt has also shut down the Rafah crossing into the Sinai.

And so, unless Hamas backs down, which is unlikely, Israel will have some hard choices to make.

To allow the current situation to persist is intolerable. But it is not simply a matter of war or no war, but what sort of war.

On the one hand, it truly is time to finish Hamas completely. But on the other, this leads to complications, all of which I have examined before:

Would a war of sufficient intensity and duration to allow us to take down Hamas sap our resources beyond what would be acceptable, should things heat up in the north?

And, indeed, is Iran complicit in provoking us to go to war precisely for this reason?

These considerations cannot be totally discounted (which is what I know some of my readers would prefer to do). There is concern that we are being led into war by the enemy, at a time that is not of our choosing. That we are being set up.

And then, should we take down Hamas, there remains the enormous question of what follows. Is now the time to re-take Gaza? How do we prevent ISIS or other jihadists from taking over? How would the hostile population there be handled?

It may be that our government will decide upon a stop-gap, half-way action that demonstrates some measure of strength and determination and brings quiet for the meantime: A battering of Hamas, assassination of a few of their leaders, takeover of a portion of Gaza, etc.

There is a basic problem with this approach, however. If we do not take out Hamas, then we’ll be back to the same place in another four years, or less. There will not have been a genuine solution.

Voices are being raised now calling for a re-thinking of the entire situation: a long term strategy that changes the reality rather than attempting to manage it.

Among those voices is that of Amir Peretz, who is a resident of Sderot and former Minister of Defense. He envisions formulation of a plan that secures international support and involves demilitarization of Gaza coupled with its rehabilitation.

This is a very ambitious direction, indeed, and perhaps not quite realistic. But it in pointing to the need for a strategic re-thinking of the situation, Peretz has made a constructive contribution to the discussion about Gaza.

Others have come forward with their own ideas.

Lastly, I wish to touch upon one other factor – which cannot be allowed to determine our decisions, but which I suspect may affect our prime minister’s thinking:

The resident of the White House seems to be very much a true friend to Israel (I will have more to say about this soon, in a positive vein). Thus there is reason to believe that Netanyahu might be reluctant to act, shall I say, contrary to Trump’s expectations. I would be very surprised if the prime minister were not in communication with the Americans on the situation in Gaza.

Trump is speaking about a “peace plan” – which is total nonsense given the hostility of our presumptive “peace partner.” In addition to which, Trump’s envoy, Jason Greenblatt, is now eager to focus on improving the humanitarian situation in Gaza in order to further the prospects of peace.

It is not totally without reason that I suggest that Netanyahu might have an inkling of concern about how the president and his “peace team” would react to Israel invading Gaza and creating a further deterioration in the humanitarian situation, thereby undermining what they intend.

What must be stated clearly, upfront, is that we must not let concerns in this regard prevent us from doing what is right for Israel.

That is the bottom line.

But if Trump and his team are true friends, they will recognize Israel’s right to self-defense. (I suspect they do.) And it is possible that they might even be convinced of the necessity of eliminating Hamas before anything resembling peace might be achieved. They might be part of the proposed international team that fosters a new strategy for Gaza.

Previous The Mitzvah Bar Mitzvah : “Never too old to become a man,”
Next The Shabbat of Vision – ‘Shabbat Chazon’.