In recent weeks, Israel has been doing exceedingly well in many regards. In fact, taken cumulatively, our situation has been remarkable:

Fantastic, is it not??

There is a sense of malaise in the air…an unease…a sadness.

It could hardly be otherwise.

Please! Read this through and consider:

At our border with Gaza, we are contending with a vicious, amoral, terrorist group that values human life not a whit. In fact, they mock us as weak because we love life.

I am absolutely not suggesting that we are responsible for their nihilist approach. The violent “protesters” at our border bear responsibility for what happens to them: they reap what they are sowing with their violence and their destruction and the ugliness of their declared intentions.

When it becomes necessary to take action against them – action that we hope will result only in maiming them but which may result in their deaths – we do not rejoice at the deaths that do occur; this is not our way.

But please understand: We are dealing with a surreal situation.
They want us to shoot them (or some of them, anyway), for this constitutes a win for them in public relations terms.

Our army is the most moral in the entire world, bar none! This situation cannot be easy for them, and surely has to generate anger sometimes.

The greatest “win” for the terrorists comes when young people are caught in Israeli fire or otherwise injured at the border. What press that makes! 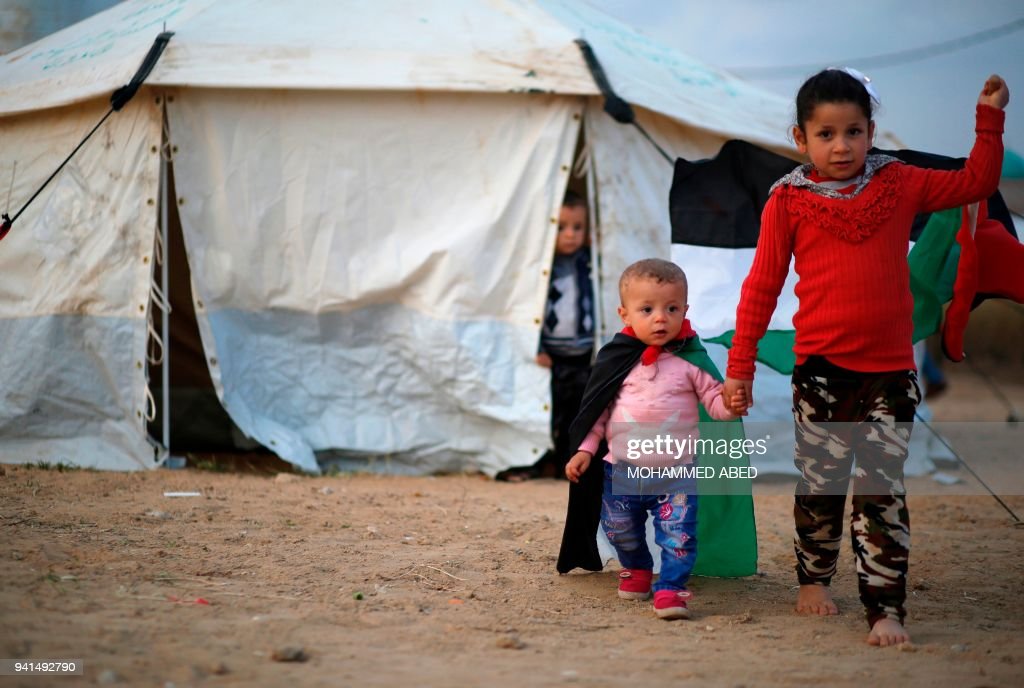 It is a terrible thing to contemplate: youngsters caught up in the dangerous fury that is being fomented at the fence. Little ones think it’s a lark; a carnival complete with ice cream. Sometimes the ones who are a bit older are encouraged to risk their own lives before they have even had a chance to really grasp what life is all about. (“Go to the fence,” they are cajoled.)

On this note, there are two things I want to share with my readers.

The first is “Layla and Ammar: A Gaza Story.”  This very telling tale was written by Shoshana Bryen, director of The Jewish Policy Center.

She said it was the saddest story she had ever written. I wrote to her to say that we pray for the situation to be better, and she responded, with great wisdom, “at least for the strength to carry the burden.”

For it is a burden in our hearts: that this goes on just across the border from Israel and that the perpetrators of evil are not held accountable by the world (I’ll come to that).

The next is a video.

I hope you have all seen and shared Pierre Rehov’s powerful video about the Gaza violence, “Behind the Smoke Screen”.

Now he has just released a sequel. What powerful footage of the “peaceful protests.”

I urge you all to see it and share it. Many millions must see it.

As you watch it, look for the cowardly bastard who cries that that they will rescue their land (i.e., our land) with their women and children. And they will take down the fence with the fingernails of their children.

Across the fence from Israel. They cannot and will not defeat us. I do not fear this, ever. But how do we have easy hearts, when they are across the fence from us, using their children? Using them? Hoping that our soldiers might accidentally shoot them.

Lastly here, I want to briefly address the flip side of this equation.

What we are seeing, what I’ve already written about, is the tendency of a leftist media and leftist institutions such as the EU and the UN, and leftist countries (notably in Western Europe) to buy Hamas’s version of events and attempt to hold Israel responsible.

As I have already said, a couple of times: anyone who buys the Hamas version of events is already tilted against Israel. They want to buy it and point their collective finger at Israel.

But we need to carry this one step further: it not a tilt against Israel, it’s a tilt against Jews. At least against Jews who have had the audacity to establish a strong and thriving sovereign state. (Jews who are victims they might still embrace.)

What we are seeing is old-fashioned antisemitism, gussied up in new garb. Rearing its head once more.

I’ve had this discussion now with some of my readers. We are speaking of the oldest hatred in the world, one that defies all logic and all explanations, and does not go away.

It should not have surprised us, but at least in some respects it was surprising. For there was that veneer: praise for Israeli technology and assistance across the globe, offers of friendship. Some of those offers were sincere – we are certainly not alone. But many were not.

There is discussion in the UN Security Council now about placing a UN force at our border to “protect” the Gazans from the IDF. A perverse and ludicrous notion.

This cannot pass because the US will veto it. And here I take a moment to suggest that all who love Israel look to Heaven and cry “Thank you!” that Donald Trump is president and he has chosen Nikki Haley as ambassador to the UN. I shudder to think what the situation would have been, had Hillary been elected.

We here in Israel are not afraid. We know who we are, and we will hold up our heads and continue to behave as we know we must.

In the end we will be even stronger, and the world will be better for it.

We certainly will not stop doing all the good things for the world that we know we are called upon to do. We do not do these things seeking the approval of anti-Semites, but rather, the approval of Heaven. In this way, I think, we find the strength to carry the burden.

On that note, I share one more video, a very upbeat one about Israel.

After Shabbat I will return to look at a number of situations that are unfolding.

Previous Into the Fray: Inane …Again! Tom Friedman on Gaza
Next Nakba 2018 in Sydney.