I am in awe of my country Israel and the times we live in.

My, how the world has changed.

I woke up and looked at the news. It’s an Israeli thing, especially because of nights like last night. Amazing things can happen in the night.

This was the headline:

TWENTY rockets were fired at Israel. Big ones that go far and cause a lot of damage.
Not ONE hit Israel. Instead, much of the Iranian infrastructure in Syria was wiped out.

And I slept peacefully through the night.

No sirens, no bombs, no explosions, no injuries, no death.

RED ALERT did go off for a few towns in the Golan and I hope the people who lived there did go to their bomb shelters – but they too were safe. The IAF and our missile defense system protected us all.

Reports say that the sky in Syria was bright as day with the amount of fire they saw last night.

Our planes were shot at but not a single one was hit. They all returned unharmed.

The amount of work involved in this is staggering. The military maneuvering is one level. The diplomatic level no less complex. Remember where Prime Minister Netanyahu was yesterday and who he was speaking with?

It was crucial that the Russians not get involved and especially important to prevent Russians from being injured or killed while in Israel protected her own.

And perhaps most telling was the response from the White House. Up until now, the standard White House statement would have been something like:

“While we agree that Israel has a right to defend herself we strongly urge all sides to stand down and de-escalate this tension.” 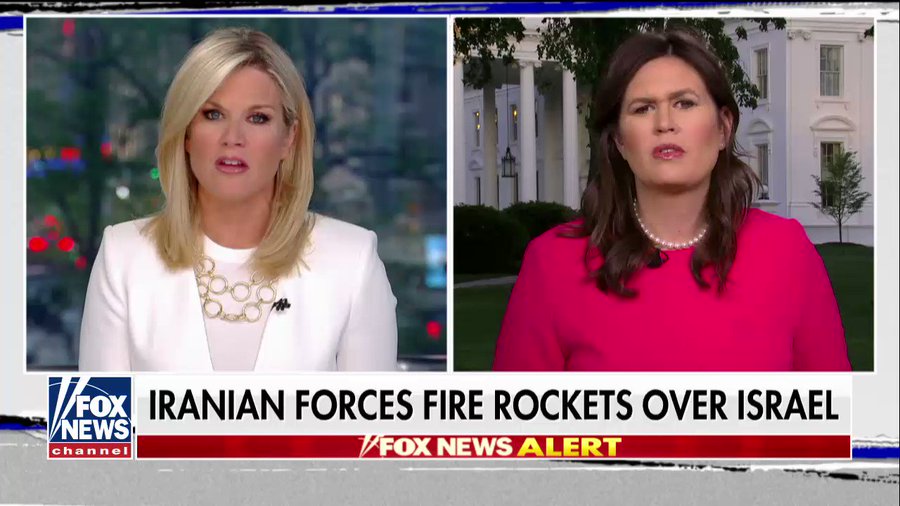 My, how the world has changed.

71 years ago we were a people, utterly defenseless, alone in the world.

Today the long arm of Israel can reach anyone, anywhere who threatens our people. Day after day we are seeing the results of years of intelligence, security and diplomatic hard work culminate in stunning results.

Blessed are you, the Lord our God, King of the Universe, who gave us life and sustained us so that we could see this time.

First posted by Forest Rain Marcia at her Blog

Inspiration from Zion: This is a Love Story

Previous Special Alert ZFA:So what is happening between Israel & Iranian forces in Syria?
Next From Israel: WOW and WOW AGAIN!