January 26 – Australia Day, is the day we celebrate the birth of our great country.  The day to remember the First Fleet which arrived in 1788, under the command of Captain Arthur Phillip after its long arduous journey to Australia, landed in Sydney Cove. 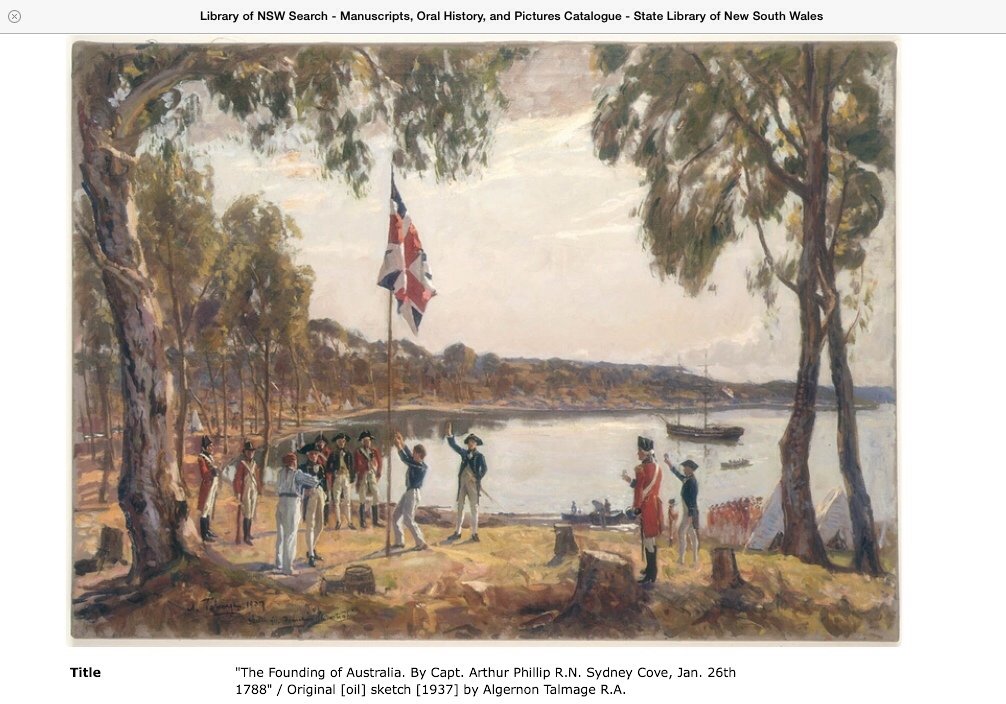 Australia Day is the day we celebrate with barbecues, picnics, boat races on Sydney Harbour, ending the day with a magnificent firework display. Various awards are conferred upon people for the good deeds to the community.

Most importantly Australia Day is the day when the majority of few migrants to this country take their oaths of citizenship. Last year a few Green/Leftist local councils decided they would not conduct their citizenship ceremonies on that date.

Now the left is intent on changing the date and naming the day Invasion Day. As you can imagine they are getting pretty nasty about it and we see a likeness to the bullying and intimidation from them we had around the same sex marriage issue.

One person doing the most pushing on this issue if Richard di Natale, the leader of the very insignificant Greens. Check his Facebook page. He really is quite funny in a way. Whatever anyone says, thinks or does, he does the opposite.

Seems the left has Muslims on board with the idea too.

Muslims in Australia stand with our Indigenous brother and sisters as we mark 230 years since British military forces invaded Gadigal land and declared British rule over this continent, along with Aotearoa and other Pacific Islands. While colonial regime continues to hold a day of celebration, we resist the ongoing war against Aboriginal people.

From the brutalization of black youth in detention, the murder of men and women in custody, the theft of children from families, the destruction of Aboriginal lands to feed corporate profits, the apartheid NT Intervention, the forced removal of communities,

Allah swt commands us in the Quran –

“O you who believe, be persistently standing firm in justice as witnesses for Allah, even if it be against yourselves or parents and relatives. Whether one is rich or poor, Allah is more worthy of both. Follow not your desires, lest you not be just. If you distort your testimony or refuse to give it, then Allah is aware of what you do.”

Join us this invasion day march on 26th January 2018 as we stand with our Indigenous brother and sisters.

An article today in the Herald Sun, from an indigenous Australian, Jacinta Nampijinpa Price, says it all.

The push to change the date of Australia Day has become more contentious as it engulfs our nation in debate during the lead-up to the occasion.

The “change” urgers claim January 26 marks the beginning of colonisation and genocide and is hurtful for Indigenous Australians. But that is shallow, meaningless, emotional rhetoric that does not represent the view of all Aboriginal people.

It is high time we rejected the myth that all we blackfellas think and feel the same. Peddling that myth silences the majority of us who hold different views from the enshrined “Aboriginal viewpoint”.

People such as Lynda Burney and Jackie Huggins have told you that the celebration of Australia Day causes us all great pain. Well, I have lived and worked all of my life in the far north, in Darwin and Alice Springs and in remote communities. I have never heard anybody talk of the pain of Australia Day.

Maybe there are some people, but everybody I know celebrates the day with enjoyment and pride. Perhaps all of this agony only happens in southern cities.

On January 26, 1949, we all became Australian citizens — including Aboriginal Australians — when the Nationality and Citizenship Act came into force. Neither my white or my black grandparents were citizens before that. Aboriginal Australians, including my grandparents, were still denied some citizenship rights after that through state legislation, but that had all gone before I was born.

How the left likes to twist the truth. This below from the Facebook page of the Australian Jewish Democratic Society, which is Australia’s version of Yachad in the UK, Jewish Voice for Peace and other like groups in the USA.

One of our members of the executive, Jordy Silverstein, sent this Letter to the Editor in to the Australian Jewish News this week. Unfortunately, they didn’t publish it, ( I wonder why?) so we thought we’d share it here instead:

80 years ago, on January 26 1938, the Australian Aborigines League and the Aborigines Progressive Association – led by William Cooper, Doug Nicholls, Marge Tucker, Jack Patten, William Ferguson, and Pearl Gibbs (amongst others) – held the first Day of Mourning protest. Marking the 150th anniversary of the First Fleet’s invasion at Warrane/Sydney Cove, this day was intended to mark the devastating violence and loss caused by continued colonisation, and to challenge white Australians to face up to the histories they were part of. Pamphlets circulated asked white Australians to “ask yourself honestly whether your ‘conscience’ is clear in regard to the treatment of the Australian blacks by the Australian whites during the period of 150 years’ history which you celebrate?” and to recognise that “you have almost exterminated our people, but there are enough of us remaining to expose the humbug of your claim, as white Australians, to be a civilised, progressive, kindly and humane nation.

“This Day of Mourning gathering was also an explicit call for civil and political rights, and for justice for Aboriginal peoples. The resolution moved at the gathering asserted that “we ask for a new policy which will raise our people to full citizen status and equality within the community”.

Later that same year, after Kristallnacht, one of these key organisers and leaders of the Aboriginal fight for justice in Victoria, William Cooper, a Yorta Yorta man, wrote a petition protesting the treatment of Jews in Germany. Today, this action by Cooper is rightly widely celebrated within our Jewish community. But in celebrating that action, we also need to learn from Cooper’s ideas and his work. It is insufficient for Jews in Australia to look to others for support when we face violence: we must listen to the calls that are made, and continue to work alongside Aboriginal peoples – and other peoples who face injustice – to ensure that the “humbug” nature of Australian claims to be “kindly and humane” are exposed and challenged, and this country changed.

From the Institute of Public Affairs

The IPA’s Dr Bella d’Abrera explains why councils that move Australia Day ceremonies do not represent the wishes of Australians.

There is a story that emerged from Kristallnacht, of the Jews of one German town …