Q. Who needs the Mashi’ach? Can’t we just get on with life on earth?

A. The basic idea behind the messianic belief is that history has to be going somewhere. For Judaism, that “somewhere” is the age of perfection ushered in and presided over by a messianic figure.

Life on earth is full of ups and downs, but because of the assurance that there will be a Mashi’ach we can pick ourselves up from the mud and keep striving.

Over the course of history there have been many claimants to the title of Messiah but none has succeeded in building a human community that fulfils the Biblical criteria.

According to Yitz Greenberg, some have been false messiahs and some have been failed messiahs. Without getting into that debate, the crucial thing is that messianic results are still elusive.

The present age is said by some people to have achieved great human triumphs that can only be viewed as messianic beginnings, but we have also seen such tragedies and traumas that it is highly difficult to see the messianic age dawning before us.

A. Most people would say there are two kinds of aloneness, voluntary and involuntary, but in fact there is a third type, existential aloneness.

“In all the chief matters of life we are alone: we dream alone, we suffer alone, we die alone”.

Others may be with us at all these moments, but each of these existential experiences is ours alone.

The Bible relates a number of important dreams, including those of Jacob, Joseph and Pharaoh. These are usually regarded as a kind of Divine language – God conveying a message. In the Midrash, Chanina ben Yitzchak asserted that “a dream is a variety of prophecy” (Gen. R. 17:5).

“If one is placed under a ban in a dream, ten persons (a minyan) are necessary in order to lift the ban” (Ned. 8a).

To this day people often consider dreams as Divine guidance and use them in decision-making.

However, Professor Isaac Lewin of Bar Ilan University argues that a dream is a psychological and not a religious phenomenon. He says that dreams are a natural outlet for tensions, and points out that dreams are quickly forgotten unless the person is awoken in the middle of the dream.

Dreams are unstable, frequently linking places, events and people in an impossible way. The barriers of reality melt away in a dream; what you dream about, even if you afterwards remember it, generally has little basis in firm reality.

Yet from this lack of total reality arises the notion of the dream as metaphor. Dreams carry you into the world of what isn’t… and what could be. In dreams you may see justice, peace, truth and beauty. They are only a dream, because they are waiting for someone to make them happen. 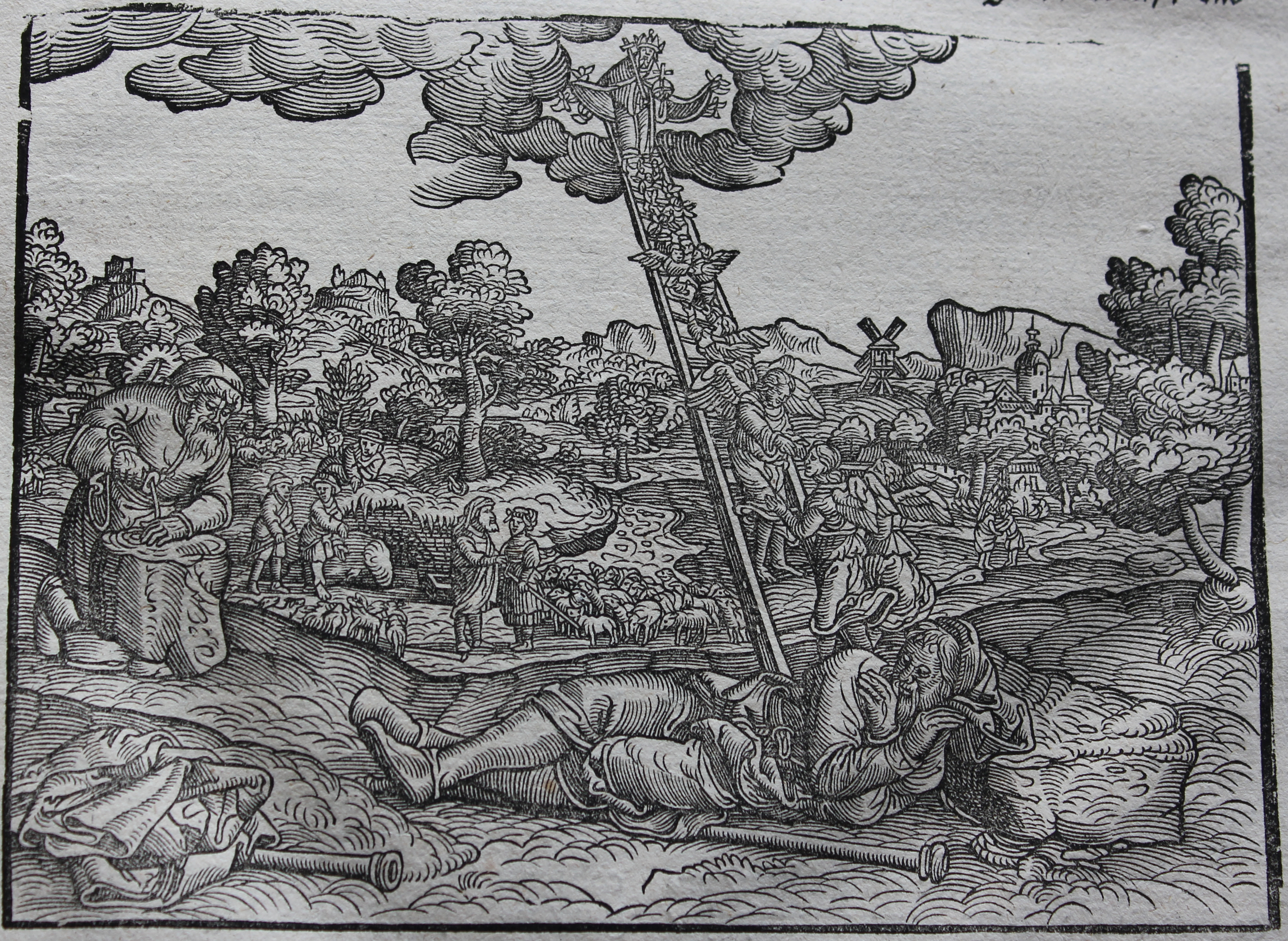 Jacob had a dream like that. He dreamt that earth and heaven were linked by a ladder. But the ladder enabled the person who was earth-bound to come heaven-bent.

The sages recognised this in an amazing Midrash. They suggested that God said to Jacob:

That’s why a dream can be an inspiration. You see what should be and what could be, and you determine that it will be.

Previous One hundred years after Balfour Should Britain apologise… to Israel?
Next From Israel: Same Story: Stand Strong.