The great failure of Yom Kippur is that it often doesn’t engage people with religion. 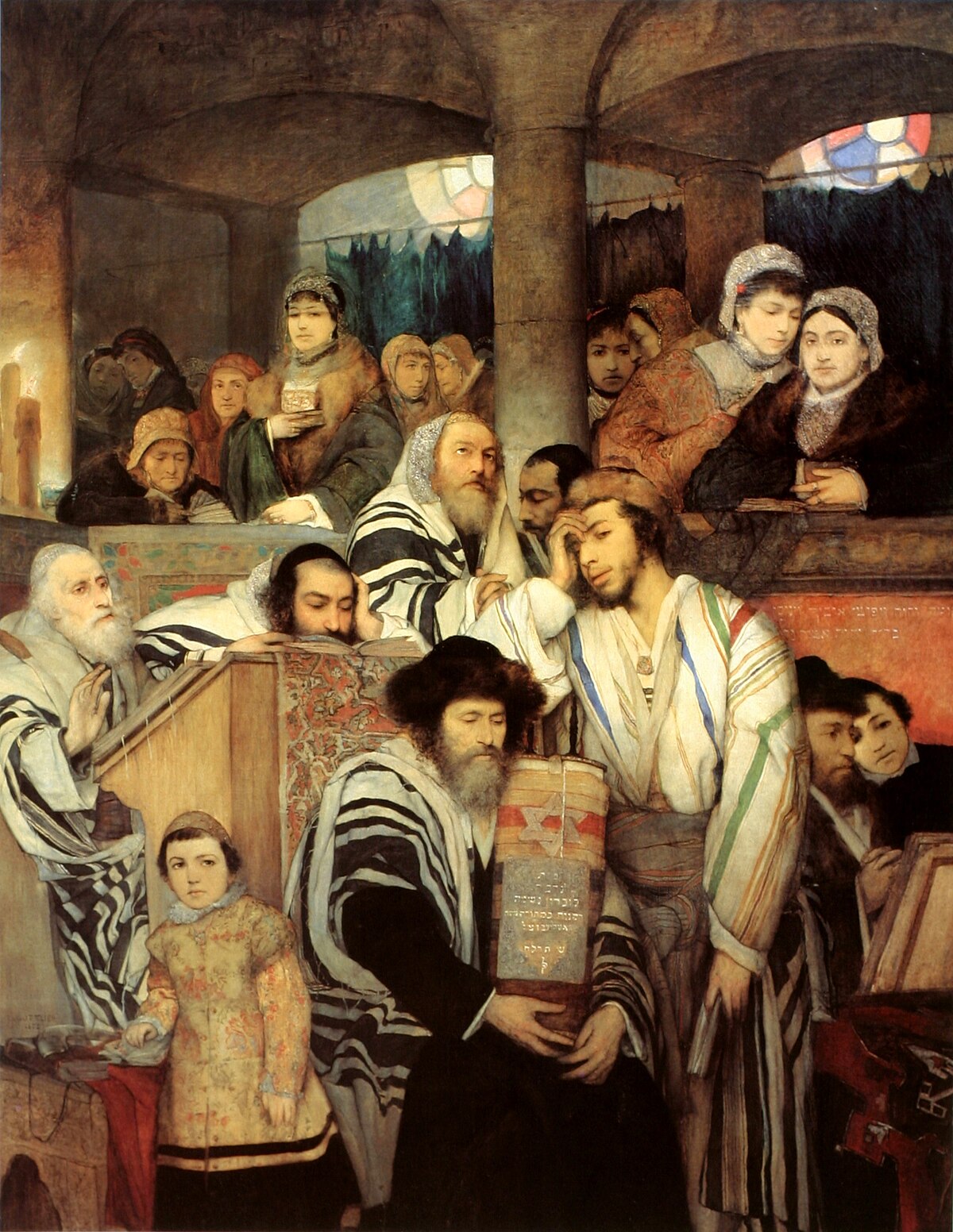 Yes, the personnel of the synagogue do their best to convey the message that moves their lives. The words, the tunes, the ambiance all try to exert a magic. The seats are full. The lost tribe has come home. But hardly anyone feels exalted.

Most people sit and wriggle. They calculate how many more hours it’s all going to take. Something is clearly wrong if the place and day of faith fail to arouse much faith.

Those who are really looking for God wonder why He’s not there. “Seek the Lord while He may be found”, says Isaiah (55:6), but seeking Him in the synagogue doesn’t always work.

The problem is not simply that most people come in without being switched on. Even the least religious person has spiritual yearnings, wondering about where God is (or if He is), questing for the meaning of life.

It’s not just that the service is staid and predictable and every congregant knows by heart what the rabbi’s sermon is going to say. It’s something else.

So often the synagogue has gashmi’ut, material shape, but it lacks p’nimi’ut, inner quality. The service talks about justice, but it hardly ever evokes justice in people’s souls. It speaks about atonement, but few are so broken up that they are desperate to repent and atone.

Where is that spiritual ecstasy when Moses confronted God face to face? Where is King Saul’s collapse to the ground?

The synagogue doesn’t induce these feelings. It can’t. The synagogue is not stage one in spirituality: it’s stage two.

Stage one is the humble and contrite heart. It’s turning away from the world including the synagogue. It’s something you do alone. It’s a walk through the trees or by the side of the water, wherever works for you.

You might find salvation, you might not. But you will probably be shaken – and shaken up. Maybe it will enhance your faith – your faith in yourself.

Maybe God won’t come into it, though you know you’ve got somewhere if you find the throbbing heart of your life and you can call it God.

That’s what you need to be doing before Yom Kippur, sorting yourself out and overcoming the past for the sake of the future.

If this brings you to the synagogue on Yom Kippur, don’t chatter and wriggle. Look around and sense whether all the other people have been through the same process.

Let the shule endorse the faith you have arrived at on your own.

The most evident part of Yom Kippur is the fasting for 25 hours.

It’s not an easy experience as we all know. But the prophet Isaiah asks (Isa. 58:3-10) the devastating question of why we fast if God doesn’t seem to take any notice.

God’s answer is devastating. Put into modern garb, His words are as follows:

“That’s precisely the point. You fast and show me how proud you are that you can go without food and drink for My sake. But what I want from you is not fasting alone but compassion for other people.

“You make yourselves suffer, but what about the people who suffer all year? Where is your concern for the suffering, your support, your assistance?

“Fast for Me, certainly; but feast for Me too.”

Praying for the dead goes back to ancient times. Not simply because we want to remember but because it is good for the dead to be remembered: the Sifrei (209) informs us that the dead need atonement.

Giving charity as part of the memorial service is good for the deceased (Shulchan Aruch Orach Chayyim 621:6) since charity is a means of atonement and it shows that we follow the ways of those who now cannot give charity themselves.

Yizkor on Yom Kippur is endorsed by the commentaries on the Yom Kippur morning reading which relates,

The saying of Yizkor started as a Yom Kippur practice which then spread to the other festivals except Rosh HaShanah.

Some people leave the synagogue before Yizkor if their parents are still alive but though this seems to be supported by the Kol Bo who says that excessive weeping and grief disturbs the festival spirit, it is far better for people not to leave, which in any case creates a disturbance and results in chatting and playing outside the synagogue which is a worse desecration of the spirit of the day.

It is better to remain in the synagogue and say a quiet prayer of gratitude for the lives of one’s parents.

No-one leaves when Kaddish is said; why should they leave during Yizkor?

Bear in mind also that the Yizkor prayers mention the heroes and martyrs who gave their lives for our people and for Israel, making every one of us a bereaved survivor.

WAKING UP FOR NE’ILAH.

There is a fresh burst of energy for the closing service, Ne’ilah.

Father Aimé Pallière summed it up by speaking of the Jewish theology of hope.

The day is almost over. The world outside awaits us. Not for banal reasons such as resuming eating and drinking but because it offers us a new opportunity for goodness and justice.

Pallière contrasted Judaism with Christianity. The Jews, he said, turned towards the future rather than, as in Christianity, to the past. Jews always seem to be waiting for something.

That’s the mood of Ne’ilah.

Previous From Israel: Deplorable!
Next From the Desk of Dr Ron Weiser AM – Opinion piece Sept. 2017.