Oz Torah: Ask the Rabbi – Blessing on the MOON.

Q. Can you explain “Kiddush L’vanah” (saying a prayer when we see the new moon)?

A. The Sanhedrin used to proclaim the commencement of a new month after hearing evidence from witnesses who had seen the new moon.

These days we work out the date of Rosh Chodesh by means of mathematical calculations, and on the previous Shabbat we make an appropriate announcement during the services (except for the month of Tishri).

However, there is still a way in which we take note of the actual arrival of the new moon. This is “Kiddush L’vanah”, which is a combination of verses, prayers and blessings, recited out of doors early in the new month.

One view is that it should be said as soon as the new moon is visible. Most authorities require us to wait until the moon is sufficiently bright to be able to affect the earth. “Kiddush L’vanah” is usually said on Saturday evening when we are still dressed for Shabbat.

The prayers said emphasise not only that the moon is seen but that it is evidence of the creative activity of the Almighty. By gazing at the heavenly bodies we know there is a God and we feel a sense of privilege at beholding His handiwork.

There are weeks to go before the Holydays. There is plenty of time. Who needs to be concerned with Rosh HaShanah, Yom Kippur, Sukkot or Simchat Torah so early? 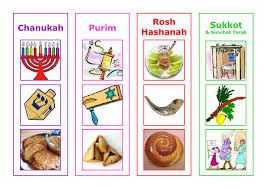 One answer is that anyone involved in synagogue administration needs to be thinking about, planning and organising the Holyday services.

In many places this process begins the moment Pesach is over. There is so much to be done, so many things to be put into place, so many lists to prepare. There’s not a moment to lose!

The chazanim need to study the prayer book, the rabbis to prepare their d’rashot, the administrators to co-ordinate everything; the cleaners to spruce up the synagogue seats. Time is running short!

And the rest of us? We aren’t under any pressure. We have time! Or do we?

JEWS & CHRISTIANS & THE ONE GOD.

Q. Do Jews and Christians worship the same God?

A. Many people think so, but that statement is uncomfortable for both.

Churchill called the British and Americans one people divided by a common language; Jews and Christians have one God, but it is two irreconcilable God-concepts, not one.

Previous From Israel: video – ALL ABOUT THE FACTS!
Next INTO THE FRAY: Neo-unilateralism – Futile, fatal folly.