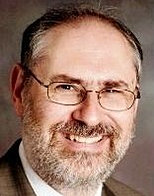 In the Australian Jewish News (6 January), Rabbi Stephen Boroda wrote an article  – “We must be the voice of the downtrodden”.  Quoting former Chief Rabbi, Lord Jonathan Sacks

“Those who hope refuse to be comforted while the hoped-for outcome is not yet reached. Given their history of suffering, Jews were rarely optimists. But they never gave up hope. That is why, when the prophets saw evil in the world, they refused to be comforted”

He proceeds to attack Trump and his supporters:

“As we enter 2017, the legacy of the year gone by gives us little room to be comforted. In the so-called “Brexit” referendum, in the rise and strengthening of fascist parties in France and Italy and in the election of Donald Trump as president of the United States, we have witnessed events that should generate within any student of history – let alone a Jewish student of history – a sense of foreboding.

While I believe that we should be careful not to make exaggerated comparisons with 1930s Europe, the return of white supremacy and minority scapegoating should rightly concern us all.

Within our own community, I have been disturbed by the delight with which Trump’s victory has been greeted. I have witnessed certain of my rabbinic colleagues metaphorically and even literally toasting Trump’s accession to power, convinced that his triumph will herald a new era that will benefit Israel and the world. There is nothing wrong with Trump, they say. He has been the victim of a hostile media. The combined forces of the entire establishment did everything they could to smear him and bring him down, yet he prevailed.

Our history should have taught us that “media” equals “Jews”. For Jews to attack a hostile press is to adopt the language of the antisemite.

Trump’s image was created not by the media but by the man himself. We know about him from his own statements, his own tweets and his own video footage. For some reason, people want to find the good in him, taken in by his own attempt to pass himself off as righteous.

The word “righteous” is a springboard for Boroda to plunge into theology. He quotes the late Lubavitcher Rebbe’s comparison of Esav with Lavan: Lavan was a cunning trickster, but unlike Esav, he at least did not try to pretend he was something he was not. The lesson: beware of people who try to pass themselves off as righteous, when they are anything but.

“Yitzchak was fooled by Esav for a long time… Just in the nick of time, Yitzchak figured out just how grave a mistake he was making in believing that Esav would be an appropriate candidate to perpetuate the Abrahamic legacy.

Unfortunately and tragically, many Jews today are being fooled and blinded to the President Esav, the soon-to-be President Trump.

I believe that part of the explanation for this short-sightedness is that these Jews have allowed their allegiances to think for them. The only important consideration appeared to be “Who was the more pro-Israel – Trump or Clinton?”

I personally disagree that Trump would be better for Israel than Clinton…Should we not also consider the acute danger presented by populist political movements and how antisemitism is endemic to the make-up of leaders of such movements? Should we not understand that a president who has allied himself with people who do not believe that “Black Lives Matter” is someone that Jews cannot and should not support?

Certain members of the Black Lives Matter movement have made statements that are anti-Israel. Therefore the argument goes, we cannot possibly support their agenda.

Again, we are allowing our allegiances to think for us. When Rabbi Heschel marched alongside Martin Luther King, was he so sure that the Civil Rights Movement was entirely clean of any anti-Semitic or anti-Zionist sentiments?… Rather, Rabbi Heschel prioritized the Torah’s admonition to “love the stranger, because you were strangers in the land of Egypt.” He acted as a Jew first and as a Jewish partisan second.

We have just celebrated Chanukah, the festival of the victory of minority rights. Jewish civilization has survived; those who tried to eliminate our heritage have long since been confined to history.

What many have forgotten to ask themselves is why we are still here. Our very reason for being is to be the voice of the downtrodden, the conscience of humanity. That is the light we must not let go out.

Let us return to our roots. Let us be on the correct side of history.

Perhaps Boroda has been imbibing the ‘wisdom’ of Gideon Levy, who in 2014 wrote in Haaretz:

The Israelis of the Jewish state are rampaging on social networks, displaying hatred and a lust for revenge, unprecedented in its diabolic scope… These are the children of the nationalistic and racist generation – Netanyahu’s offspring.

…a Jewish state is one in which there is room only for Jews. The fate of Africans is to be sent to the Holot detention center in the Negev, while that of Palestinians is to suffer from pogroms.

Being left wing or a seeker of justice in the Jewish state is deemed a crime, civil society is considered treacherous, true democracy an evil. In a Jewish state – dreamed of not only by the right wing but also by the supposed center-left, including Tzipi Livni and Lapid – democracy is blurred.

In the Jewish state, there is no remnant of the biblical injunction to treat the minority or the stranger with justice. There are no more Jews left who marched with Martin Luther King. … it seems that a Jewish state means a racist, nationalistic state, meant for Jews only.

Or maybe Boroda was inspired by Philip Girildi, who wrote

Trump has promised to “put America first,” but the new foreign policy will…be driven in significant part by Israeli interests.

At least Obama had the good sense to despise Israeli Prime Minister Benjamin Netanyahu, but that will not be true of the White House after January 20th.

The new president’s first naming of an Ambassador-designate to a foreign nation was of his good friend David Friedman to Israel … a notable hard liner who supports the Israeli settler movement, an extreme right-wing political entity that is nominally opposed by existing U.S. government policy as both illegal and damaging to Washington’s interests.

U.S. Ambassadors are supposed to support American interests but Friedman would actually be endorsing a particularly noxious version of Israeli fascism…

Friedman describes Jerusalem as “the holy capital of the Jewish people and only the Jewish people.” Trump is already taking steps to move the U.S. Embassy there… There is no possible gain and much to lose for the US and for American citizens in making the move, but it satisfies Israeli hardliners and zealots like Friedman.

The New Year…would provide a great opportunity for the US to finally distance itself from a toxic Israel, but, unfortunately, everything is actually moving in the opposite direction. Don’t be too surprised if we see a shooting war with Iran before the year is out as well as a shiny new U.S. Embassy in Jerusalem — to be built on land stolen from Palestinians.

The platform of Black Lives Matter (BLM) states that Israel is responsible for “the genocide taking place against the Palestinian people,” and “Israel is an apartheid state … that sanction[s] discrimination against the Palestinian people.” These statements are anti-Semitic not only because they are false and modern versions of tradition anti-Semitic blood libel, but also because BLM selectively chooses the Jewish State out of all the states in the world to demonize. What has inspired BLM to engage in this counter-factual, antisemitic rant?  BLM has been guided to antisemitism by the concept of “intersectionality” – the idea that all oppressed peoples and categories of people share a position, and by virtue of that fact are potential allies in the struggle against their oppressors.

“Intersectionality” has been extended beyond individuals to types of oppression. The argument is that all oppressions “interconnected and cannot be examined separately.” Thus, women can never be treated equally or fairly, if blacks face racial prejudice, and the disabled are not given sufficient support to be equal to the abled, and unless the Palestinians are liberated from the Israelis, and the Israelis are liberated from their country, their lives and their home. To make the point, the Israelis are accused of having had a hand, direct or indirect, in the oppression of blacks, women, and the disabled everywhere. So much oppression, intersectionists apparently think, can be traced back to the fraudulent Protocols of the Elders of Zion, and the International Jewish Conspiracy

Supporters of “intersectionality” cheer terrorists when they murder Jews. To them, that is just “social justice” at work.

… it’s no surprise that his new memorial in Washington includes an “Inscription Wall” of quotes carved in stone. It’s also no surprise that the quote about critics of Zionists didn’t make the cut for inclusion in the memorial. Still, it’s been put to use on many an occasion, most recently by Benjamin Netanyahu … on International Holocaust Remembrance Day. It even cropped up in a State Department report on antisemitism. So I was perplexed to see it categorized as “disputed” on the extensive page of King quotes at Wikiquote.

The attempt to discredit the quote has been driven by…Palestinians and their sympathizers, who resent the stigmatizing of anti-Zionism as a form of antisemitism.

King’s words were first reported by Seymour Martin Lipset, at that time Professor of Government and Sociology at Harvard. He wrote:

Shortly before he was assassinated, Martin Luther King, Jr. was in Boston. I had the good fortune to attend a dinner which was given for him in Cambridge…one witnessed Dr. King in action in a way one never got to see in public. He wanted to find what the Negro students at Harvard and other parts of the Boston area were thinking about various issues… One of the young men happened to make some remark against the Zionists. Dr. King snapped at him and said, “Don’t talk like that! When people criticize Zionists, they mean Jews. You’re talking antisemitism!”

For the next three-plus decades, no one challenged the credibility of this account…until almost four decades later, when two Palestinian-American activists suggested just that.

… anti-Israel activists are casting doubt that the quote is accurate. For good reason: they know it is, and the idea that MLK was probably a Zionist drives them crazy.

There’s so much else to challenge in Boroda’s rant, like his claims that “media” equals “Jews”. He obviously hasn’t read Fairfax recently!

As for his renaming Chanukah the “festival of the victory of minority rights”; if he’s trying to please the progressives, he is wasting his time, as they will always see Jews as the oppressors, and no amount of appeasing will change that.

Let’s be clear: the reason many Jews support Trump is that they realise America and Israel share democratic values, consistently undermined during Obama’s disastrous tenure, which saw him cosy up to the Iranian Mullahs and the Muslim Brotherhood.

Maybe Boroda has himself been “fooled and blinded to the President Esav” the soon-to-be ex-President Obama!