I am currently in Israel with my young family.

My three-year-old son has been refusing to sleep in his own bed. He has been saying,

For the last two weeks I have attempted to get him to go back to his own room, trying to convince him that there is nothing for him to be afraid of. But each night in the middle of the night, he finds his way back to my bed, and snuggles in beside me.

This morning, as he kicked me in the back for what seemed like the thousandth time, a little over an hour drive from where we are staying, a young Palestinian terrorist, aged 17, jumped over a fence at Kiryat Arba in the West Bank, entered a room and stabbed 13-year-old Hallel Yaffa Ariel while she peacefully slept in her bed on the first day of her summer holidays.

In her home, in her room, her bed, her safe haven.

What sort of a person enters a house, and stabs a child to death? What sort of sick world do we live in?

I thought about that beautiful young girl sleeping in her bed and I cried, the tears of a mother.

“We weren’t at home and it was a miracle that we took the younger girls to their activities”.

“They all sleep in the same room, and I can only imagine what would have happened if that same terrorist would have entered and seen three little girls. He would have murdered my three daughters.” 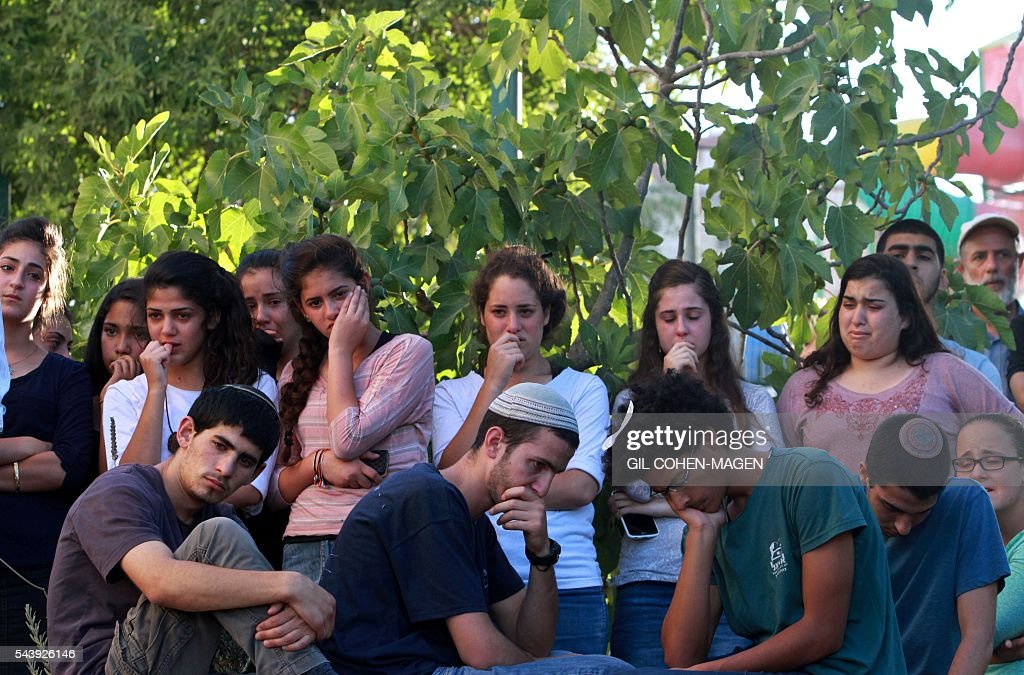 In her euglogy she said,

“Thirteen-and-a-half years ago, after a lot of challenges and attempts, I had the privilege of giving birth to you. Since then, there’s been light in my life … My daughter slept, peaceful, relaxed, a happy girl. A terrorist came and murdered her in her bed … In my aching heart, I turn to you, the Muslim mother who sent her son to stab – you raised your child to hate, I raised my child to love … Goodbye my princess.”

The tears of a mother.

Meanwhile, another mother somewhere not far from the grieving house of the Ariel family, sat the mother of terrorist Muhammad Taraireh, who was shot dead at the scene. She should also have been crying the tears of a mother. Perhaps in an alternative universe, she may have cried at the brainwashing her child had endured. She may have cried because even those who nominally lead her people and should be aspiring to enable them to lead better lives have utterly failed her people and her family.

Years of incitement from politicians and the pulpit have led to this. Only as recently as a few days ago, a senior Abbas official said,

“If you ask me my blunt position, I would say — every place you find an Israeli, slit his throat.”

That is why this mother did not shed tears of pain today but rather, she cried tears of joy.

“My son is a hero. He made me proud. My son died as a Martyr defending Jerusalem and the Al-Aqsa Mosque. Praise be to Allah, Lord of the Worlds, he [my son] has joined the Martyrs before him, and he is not better than them. Allah willing, all of them will follow this path, all the youth of Palestine. Allah be praised.”

It is because of the randomness of these attacks, and perhaps because I am now a mother with two children whose safety and well-being are always at the forefront of my mind, I find myself far more cautious during this visit to Israel. I think about an article I read by Yair Lapid a few years ago entitled

“Somebody out there wants to kill me”.

“I’ve never actually met him; he knows nothing about me. Strangely and outrageously enough, it isn’t even personal. Bizarre, no? There is someone out there who has devoted his life to trying to kill me, but I’m not supposed to be insulted.”

As I walked the streets of Tel Aviv with my husband a few nights ago, for the very first time, I felt the same thing too. I know this is morbid and disturbing but somebody out there wants to kill me.

I know it is not just paranoia, because this morning his friend killed a thirteen year old girl in her sleep.

And as I write, my son is sleeping peacefully, curled up by my side. Tonight, I could not bear to argue with him to go to sleep in his own bed. And if I did try, how could I tell him that everything will be ok when I do not really know? How can I lie to him and say that there is nothing to be afraid of, that he is safe at home?

My heart goes out to Rina Ariel, who last night kissed her beautiful girl before she went to sleep, and tonight goes to sleep knowing she will never tuck her into her bed at night again.

May Hallel’s memory be a blessing to her family, her friends, her community and all of Israel.

Emily Gian is the Media & Advocacy Director for the Zionist Federation of Australia. She is the mother of two boys.

Previous Palestinian national identity and the roadblock to peace.
Next INTO THE FRAY: Utterly unconscionable