Who is a Zionist?

The issue of who is a Zionist has come to the forefront in the past week or so, thanks to Bat-Zion Susskind-Sacks  who has decided that only Jews can be Zionists and is working very hard on non-Jews to declare they are ‘pro-Zionist’ and not ‘Zionist’. This I might add is causing a good deal of anger among non-Jews and my fear is it will alienate them.

I’d be interested in getting some discussion going on it and hearing people’s views.

There is some discussion on the link above, but unless you are a ‘friend’ you won’t be able to access the entire conversation. Not that one really needs that,  there is ample posted to get the gist of it, with the comments being telling.

“Bat Zion Susskind-Sacks you fail to see that people who truly love the Jews and support their right to self determination in their own land, do so, not out of a sense of self entitlement, or a desire to usurp that which belongs to the Jews, but they do so purely out of love.”

“ive tried as a christian who also loves israel because i love a jew named yeshua and stand with u. but bat your just an idiot.”

What an insult this is to the millions of non-Jews who are Zionists, many being more fervent in their love of Israel than Jews.

The comments below the article and on the Jerusalem Post article  “Zionism and Judaism the heart and soul of Israel, the Jewish state ” are quite telling also.

“Bat Zion I wonder if you have read this article about the Jewish Anna Baltzer.Perhaps its time you confronted Anna Baltzer rather than pick on the non Jewish supporters of Israel.”

“as a Jew I am ashamed of your “argument” one can be whatever he/she wants to be.”

“I will respectfully disagree, however, about your claim that non-Jews cannot be Zionists. You don’t have to be a part of that link (land and people) to RECOGNIZE the link, and that is what Zionism is – the recognition of that link. So just as a man can be a feminist (he can believe wholeheartedly that women and men are equal, despite our differences, and that we deserve equal treatment under the law and by society), so, too, a non-Jew can be a Zionist.”

“Once you take out from the formula every one that isn’t Jew,is almost racism, and for sure Ignorance, do you have any idea how you make non Jews that support Israel, many times much more then Jews? For example the Brave teenager @Mohammad Zoabi, that is fighting the ignorance of his own people , opening his heart and showing his love to Israel, do you know the damage that you did with your ignorant and shallow article ???”

“And I find your follow-up comments, that we are somehow “giving away” our Zionist identity to non-Jews, utterly bizarre. I would LOVE for tens of millions, hundreds of millions, billions of people say “I am a Zionist”, because by doing so, they say “I am standing up in support of Israel”.”

A Zionist in my way of thinking is a person who believes and supports the fact that Israel is the home of the Jewish people.

A pro-Zionist is a person who supports or believes that a Zionist supports Israel as the home of the Jewish people.

The Jewish Virtual Library –  “A Definition of Zionism”

The term “Zionism” was coined in 1890 by Nathan Birnbaum.

Its general definition means the national movement for the return of the Jewish people to their homeland and the resumption of Jewish sovereignty in the Land of Israel.

A Zionist is a person who accepts the principle that the State of Israel doesn’t belong solely to its citizens, but to the entire Jewish people. The practical expression of this commitment is the Law of Return.

and as the legitimate focus for the Jewish national self-determination. It is based on historical ties and religious traditions linking the Jewish people to the Land of Israel.

Zionism is a nationalist and political movement of Jews and Jewish culture that supports the re-establishment of a Jewish homeland in the territory defined as the historic Land of Israel (roughly corresponding to Palestine, Canaan or the Holy Land).

The common denominator among all Zionists is the claim to Eretz Israel as the national homeland of the Jews and as the legitimate focus for the Jewish national self-determination. It is based on historical ties and religious traditions linking the Jewish people to the Land of Israel. Zionism does not have a uniform ideology, but has evolved in a dialogue among a plethora of ideologies.

Nowhere does it say that non-Jews cannot be be Zionists?

Sheri Oz of ‘Israel Diaries‘ has written an excellent piece on this very issue on IsreallyCool and again the comments are particularly telling.

A fierce debate has been going on in a corner of Facebook about whether or not non-Jews can call themselves Zionists. Until this moment, I was unaware that there was a problem. But my hackles were raised when a blogger I know was recently lambasted in the comments below his post for referring to himself as a Zionist even though he is not a Jew. I strongly disagree with what he had written in that particular post but it did not, for me, deny him the right to call himself a Zionist.

In fact, last summer I noticed a small number of Christian and Moslem citizens of Israel declaring themselves proud Israeli Zionists and this has been a source of joy for me. Since then that number has been gradually increasing. And we see more and more people from the most unexpected places (Egypt, Pakistan, the Palestinian Authority, for example) standing up for Israel, some of them calling themselves Zionists and some simply pro-Israeli. But an alarm has apparently sounded in some quarters, and there are a number of Jews who object strongly: non-Jews, they insist, can call themselves pro-Zionists; they can never be considered Zionists. Only Jews are Zionists.

This discussion was continued on the public Facebook page of Bat-Zion Susskind-Sacks. Some of the protestations against non-Jews calling themselves Zionists were quite shrill.

Where do the many Arab/Muslim and Christian Zionists fit in? Personally on Facebook I have many friends across the Middle East and further afield who aren’t Jewish but identify strongly with Zionism. Indeed many here in Australia, including a very good Christian friend in Adelaide, who calls herself a ‘mad Zionist’

What about Muhammad Zoabi, who labels himself as an Israeli/Arab/Zionist/Muslim?

He has written an article named “I have risked my life” 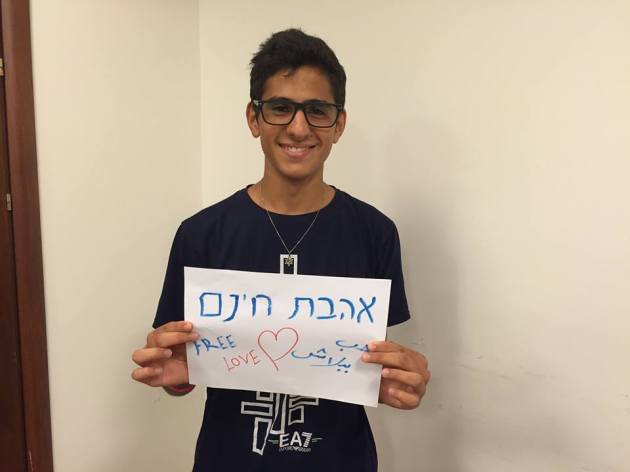 I have risked my life

Got disowned by many of my family.

Fled the country and could barely live as a teenager.

I am still being threatened and harassed by many of those who’re against the simple right of the Jewish people to have a state of their own. It’s not only me being harassed and threatened, almost every non Jew who dares to stand with the Jewish people and their right to be an independent nation amongst the nations of the Earth put their lives at risk.

And all of that was because I dared to speak my truth.

It’s all because I dared to proudly and with no hesitation say that I am in indeed a proud Arab, but also a proud Israeli Zionist!

But apparently I am not a Zionist according to Bat-Zion Susskind-Sacks, who writes,

“One cannot, I am afraid, be a Zionist without being Jewish. One can, however, be a non – Jewish supporter of Zionism…”

I do not think it courageous, loving or honourable to blog behind a computer telling people who or what they are not. It is hurtful and destroys people and it is not the first time. As a proud Zionist I want to end hatred and speak of courage.