Coming from the United States, I remember Memorial Day as the day we had to move our car to the side street if we didn’t want to get blocked in by the parade.  Old men in uniforms…I didn’t know the word veterans or what that meant…police, marching bands. Across the street, the neighbor had a barbecue going and invited many friends to watch the parade…I didn’t know how offensive that should have been.

In Israel, it is so different. It is, without exception, a solemn day, a sad day. We agonize with the families and they feel this. If they mourn alone every other day of the year, they know that on this day, at least, we are beside them, with them. We cry, we stand beside them and the ones they lost. We listen to them tell us of who we lost and the potential never realized.

We remember our heroes and thank them and we promise them that we will hold hear and protect all that they died for.

To my friends in America, from a proud and finally understanding Israeli, I tell you – if you wish someone “happy memorial day” – you don’t understand.

If you go to a barbecue or buy something on sale, you have missed the point.

If you are cleaning out your closet to find all those summer clothes, not today. Dear God, not today.

If you watch a parade, know that those old men in the uniforms are veterans and what they did, they did for you. The police and firemen, the sirens and flashing lights, the marching band from the high school – that’s all noise. The important ones are the veterans – today, of all days.

Years ago, a woman began following this blog. I feel, in many ways, that she is a sister to me. Her life and mine will be lived in different lands. She has four children…but one was killed in Iraq. That made her a Gold Star Mother. I didn’t know what that meant at first and when I did, it gave me chills thinking of what they have lost and the bravery they must live with every day of their lives.

They won’t call it bravery; but I do. They won’t say they are strong; but I will. As she read my blog, I began reading hers. I learned of a young man who chose a path to bravery. My sons served because that is what they are expected to do in Israel and unlike some who work hard to avoid it, they simply stepped up and offered their abilities, their dedication, their love to this land.

I have friends who have lost children to war in Israel, and to terror. I know from them that there is no tomorrow, there is no getting better. You carry it with you always. One asked me how many children she had…and at that moment, I understood. Death does not lessen the gift you were given. This woman, this Gold Star mother, has 4 children today…as she had 4 before Michael went to Iraq.

Today, instead of feeling surrounded, she is in many ways more alone than ever. It isn’t about the sales and the barbecues just as it isn’t about glorifying the dead. It is about simply remembering them, allowing the families to know they have not been forgotten. It is about them…those that died and those that live.

May their memories be blessed and honored – and if you can do three things today…don’t go to the beach, don’t have a barbecue, and don’t buy anything on sale. 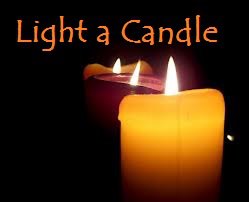 Teach the stores that their attempt to commercialize and capitalize on this day is abhorrent.

Light a candle and say a prayer for the souls of those who sacrificed so that Americans could be free…shop every other day, go to the beaches and enjoy summer and barbecue…any day but this one.

Previous The other Göring.
Next Labor lost and is not likely to win any time soon.