ead on for article 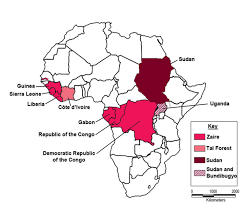 The United Nations Security Council response to eradicating this deadly virus and prevent it spreading world-wide stands in marked contrast to its ineffectual resolutions seeking to address the catastrophic humanitarian crisis that has emerged in Syria and Iraq over the past five months.

A flurry of diplomatic activity to halt the Ebola outbreak resulted in Security Council Resolution 2177 being passed on 18 September calling on:

“Member States to provide urgent resources and assistance, including deployable medical capabilities such as field hospitals with qualified and sufficient expertise, staff and supplies, laboratory services, logistical, transport and construction support capabilities, airlift and other aviation support and aeromedical services and dedicated clinical services in Ebola Treatment Units and isolation units, to support the affected countries in intensifying preventive and response activities and strengthening national capacities in response to the Ebola outbreak and to allot adequate capacity to prevent future outbreaks;”

On 29 September the UN Mission for Ebola Emergency Response (UNMEER) was established in Ghana – whose Minister for Communications expressed the Government of Ghana’s profound support to the United Nations.

“Ebola is a global problem that knows no boundaries. Ghana is happy to host the UNMEER as we work together to contain and prevent further spread of the disease”

On 10 October UN Secretary General Ban Ki-moon made the following remarks  at a special meeting focusing on the Ebola virus held at the World Bank in Washington, D.C:

“The best antidote to fear is an effective and urgent response. We need a 20-fold resource mobilization,” Mr. Ban told those gathered, as he called for more mobile laboratories, vehicles, helicopters, protective equipment, trained medical personnel and medevac capacities to be provided in order to stay Ebola’s advance.”

The World Health Agency has reportedly noted that:

The lives of many more health care workers and those fighting the Ebola virus seem destined to be increased before its threat is eradicated.

The Security Council’s pathetic response to the Islamic State scourge pales by comparison.

The Islamic State – since its declaration in June – has spread its tentacles in occupying more territory, engaged in evil and barbaric beheadings designed to engender fear, committed carnage and caused intolerable suffering for those being increasingly caught up in its horrific path.

Security Council Resolution 2170 passed on 15 August 2014 highlighted the danger of the threat to world peace and security posed by Islamic State – but did precious little to halt its spread:

…more than 13,000 foreign terrorist fighters from more than 80 Member States of the UN had joined ISIL and the Al-Nusra Front as a consequence of the conflict in Syria – citing the estimate of the United Nations Al-Qaeda-Taliban Monitoring Team.

Such terrorism must be defeated, but in a way that avoided further radicalization and civilian deaths.  That should be done through a multilateral, multifaceted strategy beyond the immediate security approach.  “Over the long term, the biggest threat to terrorists in not the power of missiles — it is the politics of inclusion,” he said.

Ban Ki-moon’s limp wristed conclusions have seen yet another inconsequential Security Council Chapter VII Resolution 2178 passed on 24 September – calling on member states to prevent the flow of money, resources and fighters into Syria and Iraq to bolster Islamic State.

This Resolution completely overlooks those civilians and fighters in other terrorist groups already living in Syria and Iraq defecting or joining the Islamic State juggernaut.

The sooner the Security Council so acts – the sooner this blight on humanity will be contained and ultimately eradicated.

Previous If You’re British, Sign The Petition!
Next ADALAH – a grantee of the NIF

We, like you, treasure democracy, humaneness, justice, and civil and human rights. We are not …