Arlene in Israel – Right On!

This will be an exceedingly short post. We go into Yom Kippur late afternoon Friday, and I will have no chance to write tomorrow.  And so I do it now.

Wishing all those observing Yom Kippur a G’mar Chatima Tova.  Maybe we be sealed for a good year, and may the Almighty watch over us. 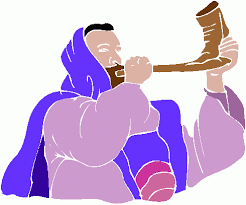 Today I am happy to offer praise for a forthright stand he has taken on behalf of Israel.  It all happened later in the day yesterday, after the two leaders met. But with the time difference (seven hours later here), I didn’t pick up full information until this morning.

In December 2012, the Jerusalem District Planning and Building Committee had formally announced that it was going to launch a construction project at Givat Hamtos in eastern Jerusalem.  (It encompasses an area of 170 dunams; bordered by Talpiot in the north, Gilo in the south, and Beit Safafa in the west.)

Last week, before Rosh Hashana, final announcement of plans to build came from the municipality – this was largely a technicality, as the formal decision to do this was already in place.  Roughly 2,500 units are planned, half for Jews, and – please note – half for Arabs.

Yesterday, Peace Now, ever seeking to stir up matters, announced on its Facebook page that this building was going to take place.  The timing of the announcement made it seem as if Netanyahu had suddenly approved a project that would undercut his declared intentions regarding that “two state solution.”

The White House, shall we say, was a tad distressed.  The action that Israel is planning was “condemned.”  White House press secretary Josh Earnest said:

”This step is contrary to Israel’s stated goal of negotiating a permanent status agreement with the Palestinians.

“This development will only draw condemnation from the international community, distance Israel from even its closest allies, poison the atmosphere, not only with the Palestinians but also with the very Arab governments with which Prime Minister Netanyahu said he wanted to build relations.”

But Netanyahu did not back down one iota, nor was his tone remotely apologetic.

He told reporters he didn’t understand why there was criticism:

“Arabs in Jerusalem freely buy apartments, and nobody says that is forbidden. I will also not say that Jews cannot buy property in Jerusalem. There cannot be discrimination between Jews and Arabs.”

No one “stole” the houses in Jerusalem or took them over by force, he said.

“This is a normal process, and I see no reason to discriminate.”

He minced no words about Peace Now, either. Without mentioning the group by name, he said it was exhibiting a “lack of national responsibility” by publicizing this in order to “harm the meeting.”  It was not a “coincidence” that they published this information on the morning he was to meet with the president – the intention was to sabotage the meeting.  The action taken last week, he indicated, was merely a “technical step” predicated on a decision that had been made much earlier, and there was no need to publicize it.

Netanyahu was absolutely on the mark, and seemed to me more forthright and candid than usual – projecting a strong sense of the rightness of Israel’s actions.

Interviewed on NBC by Andrea Mitchell, he was asked about the new settlements to be built in Jerusalem.  His response:

“I think they [the Obama administration] should be acquainted with the facts first. You know? First of all, these are not settlements. These are neighborhoods of Jerusalem. We have Arab neighborhoods and we have Jewish neighborhoods.”