Update on Antisemitic Attack of Jewish Children on School bus. 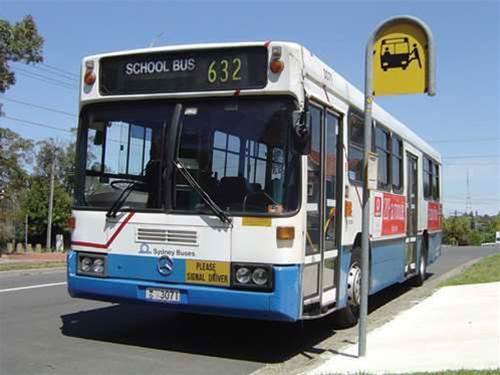 I have been asked many questions, some of which I have no answer for,  following this article “Antisemitic Attack on Jewish Children on School bus.”

I say some, as  I only know first hand basically what happened from the last stop, so will clarify some points

Seeing as to how I know the parents of the two 14/15 year old young ladies who boarded the bus at that last stop, I spoke with one of the mothers.

The bus is a regular government school bus, on a regular daily route, morning and afternoon. Being that it is a government bus it is obliged to pick up any school children along the route.

The first school on the route was a Primary school, so some of the children aboard would likely have been as young as 5 years of age.

There is one bus stop between the last two schools and that’s where the eight inebriated youth, aged around 16 to 18 years old were picked up. Apparently they were not in school uniform, so why the driver stopped for them is not known?

What is known is that they had tried to board a previous bus, but the driver wouldn’t let them on. Then they caused a ruckus and kicked the bus door.

This account in an email, is from a man whose children encountered these same youth a short while earlier.

“My kids came home and told me about the bus. I’m really not sure what to say. My kids weren’t on that bus, but the same delinquents minutes earlier kicked, punched, screamed at, and tried to board the 660 that my nine year old daughter was on. My 11 year old son and a mate were walking down the hill from school to soccer practice, and were confronted by the same gang of (my son thought drunken) thugs, threatening to “stab them in the eye with a needle” and giving my boy a shove.”

I believe these youth verbally attacked the children from the moment they got on the bus and may have told the driver. I  am not able to verify this.

In discussion/conversation  with the mother mentioned above, we both agreed that maybe that someone did speak with the bus driver and maybe he just switched off to the noise. I know children on the school buses are very rowdy from my own grandson and being used it it, maybe he is able to mentally block  the noise out?

We both also wondered why the police released these so-called ‘children’ into the custody of their parents, when they have perfectly good holding cells at the police station where they could have slept off the alcohol.

At the last stop I know that two young ladies aged 14/15 got on the bus who had the good sense to take photos of the bus driver, his ID card which is displayed and the number of the bus.

The youth left the bus at the stop where a few of the children should have changed buses, but thought it better to stay on the bus for safety.

There are a lot of unanswered questions which no doubt will  be answered in due course.

Previous Palestinian “Refugees” or “SAPs”?
Next OzTorah: Ask the Rabbi.