Today was a day on which I had planned to skip posting.  A busy day, starting with an event in the Knesset this morning (about which more in time). But I know I must write to update my readers, even if very briefly.

After I had written yesterday, news was released of 13 soldiers who died late Saturday night during the operation in Shejaia, near Gaza City.  They were all from the Golani Brigade.  Terribly painful news. Sad news, pulling at our entire nation.

The battle in which they died was the biggest of this war, and one in which the IDF accomplished a great deal with regard to identifying and destroying tunnels, locating rockets, etc.

Later in the day yesterday, Prime Minister Netanyahu addressed the nation, in order to offer comfort and strength (emphasis added): 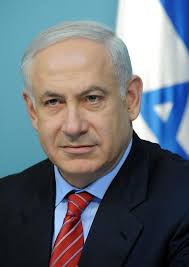 ”The heart of the entire nation is with the families of the fallen. We feel your pain. We bow our head to your sons who fell so that we can continue living here. On behalf of the Government and the entire People of Israel, I would like to express the deep pain that we feel. We send our condolences to the parents, children, spouses and families of the IDF soldiers who have fallen in defense of the State of Israel.

“I would like to say to you that there is no war more just than that in which your sons and ours heroically fell. We will complete the mission that we have begun. We will restore quiet and security to the south, the center and the entire country.

“On behalf of all of you, citizens of Israel, I would like to send best wishes for a quick recovery to all the wounded soldiers. I believe that each one of us knows someone who is participating in the campaign, and mutual guarantee is also the secret of our strength. We must be strong in difficult days such as today as well as those that are likely to come. We are in a war for our home. Our forces are currently active in the field; they are operating professionally, with determination, great strength, great firepower and great strength of spirit.

“Soldiers of the IDF, I would like to tell you that the citizens of Israel are behind you and are praying for your welfare.

“To the dear families, I would like to say that I am aware of your concern, we all share it. We are doing our utmost to secure the lives of our citizens and of our soldiers.

“Israel did not choose to enter this campaign but from the moment it was forced on us, we will carry it out to achieve the goal of restoring quiet to Israel’s citizens for a prolonged period while inflicting a significant blow on the infrastructures of Hamas and the other terrorist organizations in Gaza. We are not deterred and we will continue to act as necessary. The current operation is necessary to for the security of Israel’s citizens…”

The words of comfort are on the mark, appropriate and gracious.  His statement about the necessity of fighting this war is absolutely true.  Those who died, gave their lives with purpose.

And he speaks with strong determination.

It is difficult, however, to get a clear sense of the goals for this war from the words of the prime minister, or the minister of defense.  Not clear when the end of the ground operation will be declared or when the shelling by air and sea will stop. I would say this is how it should be, to keep the enemy off balance. There is talk about seeing through the operation to its end (whatever “end” means).  But Defense Minister also speaks about the days (two or three) necessary to eliminate the tunnels.

This is what I see now:

The wagons of “ceasefire” are circling and it will become more and more difficult to continue in the face of international pressure.  Kerry is due in Cairo tomorrow to work on a ceasefire plan.  (Not that Kerry matters.)  Ban Ki Moon is making noises about how excessive our operation is.  (Not that Ban Ki Moon matters).  But more difficult.

Under no circumstances do I see us withdrawing from the ground in Gaza until we are satisfied we have done what we need to do with the tunnels.  That job is not done yet.  Just this morning 10 terrorists attempted again to infiltrate inside Israel, using two different tunnels. They were taken out because of a Shin Bet warning.

This risk has to be eliminated or Israelis will live forever on the edge, with terrorist murders and kidnappings not uncommon.

Will every single tunnel be identified and eliminated? There is such a network of those tunnels, that this is difficult to say. But every attempt is being made, and in particular with regard to the tunnels that go into Israel or head in that direction.  They really need to be eliminated.

It is this that is estimated to require another two or three days of intensive effort by our troops.

Will we continue beyond that time that is essential regarding the tunnels?  I would guess that it depends on the military and diplomatic situation.

We have at this point eliminated at least 50% if not more of Hamas’s rocket supply – and will, of course, continue to take out more in the days ahead (remember, there are rockets stored in the tunnels, as well as elsewhere).  But there is no way that it will be possible to have eliminated every rocket.  This is especially so as rockets are hidden in civilian areas – in schools and mosques. What we will have done, at a minimum, is strike a blow that will serve as a long time deterrent to this terrorist group, which have been seriously depleted and demoralized.  Then it remains to be seen what sort of ceasefire is negotiated.  Netanyahu has in mind some sort of confiscation of the rockets by the international community.  I am not going to discuss that here.

I know there are those (and some of my readers among them) who think we should “go all the way”: taking down Hamas and taking over Gaza.  Maybe it will happen – and from a purely emotional perspective it seems great – but I tend to doubt it. What is more, I am not sure it would be a good thing.  A seriously weakened Hamas might be the better option right now.

There are several factors to remember:

One last matter: As I have mentioned before, Hamas is trying desperately, in its last gasp, to score a “victory.” This is why we are seeing all of those incursions into Israel now.

Last night they tried something else as well: They put out a story that they had kidnapped an Israeli soldier in Gaza – a horrible prospect. Turns out that this is not true.

Please, share this video that shows how the Israeli military operates:

Editor. To take a link from a Youtube video. Click the black bar at the top or the logo in the bottom right and that will take you to Youtube
~~~~~~~~~~