I don’t have the stamina/koyach to write this dreadful news up. 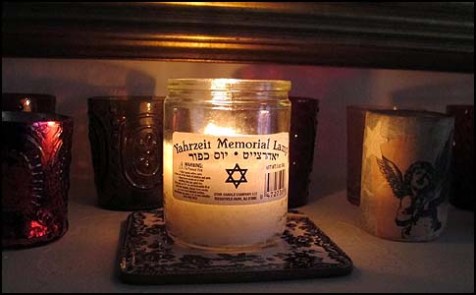 A Yahrzeit (Yiddish for “a year’s time”) is the anniversary of the death of a loved one. Every year it is Jewish custom (minhag) to light a special candle that burns for 24 hours, called a Yahrzeit candle. The candle is lit on the Yahrzeit date of that person’s death, as well as on certain holidays and during the initial mourning period immediately following a death.

JERUSALEM (JTA) — The bodies of three kidnapped Israeli teenagers were found in the West Bank in a field north of Hebron.

The families of Gilad Shaar, Naftali Frenkel and Eyal Yifrach had been notified of the discovery, the Israeli media said at about 8:30 p.m. Monday. The bodies were positively identified.

It is believed that the bodies were dumped in haste and covered quickly. The teens reportedly were killed shortly after they were abducted on June 12.

Previous Jordan Faces Looming Crisis With ISIS.
Next A Statement from the ZCNSW President.