The visit of Pope Francis to Amman, Bethlehem and Jerusalem this week proved that His Holiness is just as fallible – and gullible – as a host of other world power brokers like US President Barack Obama, Secretary of State Kerry and the negotiators representing the Quartet – the European Union, the United Nations, Russia and America.

All had plunged into the political mire that constitutes the 130 years old Arab-Israel conflict believing they could resolve it – but ultimately discovered it was destined to become their political graveyard.

The Pope’s descent into the political hell-hole that comprises former Palestine was totally unnecessary.

Regrettably the Pope chose to turn what should have been a purely spiritual pilgrimage to the Holy Land into a highly contentious political one.

The Pope – in Bethlehem’s Manger Square – addressed the following politically charged words to Mahmoud Abbas – the unelected and unconstitutional self-styled “President” of the “Palestinian Authority” since 2009 – who had unilaterally disbanded it in January 2013 – thereafter proclaiming himself  “President of  the State of Palestine” – a State that has no legal basis in international law:

“Mr President, you are known as a man of peace and a peacemaker. Our recent meeting in the Vatican and my presence today in Palestine attest to the good relations existing between the Holy See and the State of Palestine. I trust that these relations can further develop for the good of all.

The Pope’s regrettable statement had clearly breached Clause 11(2) of the 1993 Fundamental Agreement between the Holy See and the State of Israel which provides:

“The Holy See, while maintaining in every case the right to exercise its moral and spiritual teaching-office, deems it opportune to recall that owing to its own character, it is solemnly committed to remaining a stranger to all merely temporal conflicts, which principle applies specifically to disputed territories and unsettled borders.” 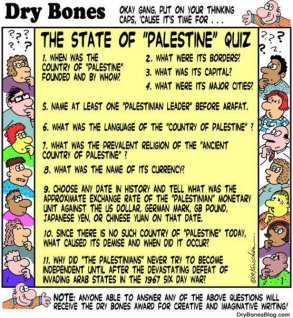 Can you locate the “State of Palestine” in any world atlas? Where are its borders? What is its area, population, capitol, currency? Who is its Prime Minister?

Bethlehem is disputed territory – claimed by both Arabs and Jews – and since 1948 has not been under the internationally recognized sovereignty of any legally constituted State.

Bethlehem is located in an area where the borders remain unsettled between adjoining neighbours pending the conclusion of negotiations between Israel and the PLO under the parameters of the Oslo Accords, the 2003 Bush Road Map and the 2007 Annapolis Conference.

It apparently matters not that the Pope can ignore the Fundamental Agreement made by the Holy See with Israel when it suits the Pope to do so.

The Pope has certainly sent a clear signal to Israel that it can no longer rely on any written agreement made with the Holy See.

If Israel can’t trust the Pope – then can Israel trust the PLO or Hamas to honour written agreements?

The Pope’s portrayal of “President” Abbas being “known as a man of peace and a peacemaker” – was uttered by the Pope without blinking an eyelid – and studiously ignored Clause 2.2 of the Fundamental Agreement:

“The Holy See takes this occasion to reiterate its condemnation of hatred, persecution and all other manifestations of anti-Semitism directed against the Jewish people and individual Jews anywhere, at any time and by anyone.”

Abbas’s hatred of Jews is evidenced by the following remark  made by him in Cairo on 28 June 2010:

“I’m willing to agree to a third party that would supervise the agreement, such as NATO forces, but I would not agree to having Jews among the NATO forces, or that there will live among us even a single Israeli on Palestinian land.”

Abbas is the Chairman of the Palestine Liberation Organization whose Charter declares:

“Claims of historical or religious ties of Jews with Palestine are incompatible with the facts of history and the true conception of what constitutes statehood. Judaism, being a religion, is not an independent nationality. Nor do Jews constitute a single nation with an identity of its own; they are citizens of the states to which they belong.”

Not a murmur or admonishment from the Pope was made against these Abbas manifestations of anti-Semitism.

The Pope preferred to tell the gathered audience he was speaking “in the birthplace of Jesus the King of Peace” – conveniently forgetting to mention that Jesus was born and grew up as a Jew.

The Pope’s unscheduled stop at the security barrier to pray was a major PR coup for the PLO and Israel bashers – offering a unique photo opportunity and fuelling political expectations of future Papal support that will surely encourage Abbas to maintain his rejectionist stance – making resolution of the conflict even harder to achieve.

The Pope’s invitation to Abbas and Israel’s President – Shimon Peres – who also considers Abbas “a true partner for peace” – to join the Pope in prayer at the Vatican in June– will prove to be sublime pantomime.

The politically entrapped Pope will not be praying aloud for Abbas to recognise Israel as the nation State of the Jewish People.

Political pandemonium and the hardening of entrenched negotiating positions are the most likely outcomes that continuing Papal political intrusion into this temporal long-running conflict will yield. 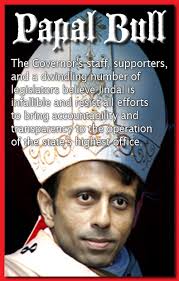 “Papal bull” has been given a new meaning.

Previous One State Jew State Two States Hey! A Real Solution For The Arab -Israeli Conflict
Next “What we talk about when we talk about Israel/Palestine”.

From Israel: Please Note: The Spots Are Still the Same!!

I have drawn my title, as many of you will surmise, from the Hebrew prophet …