BDS IN THE PEWS

Apologies to the NGO Monitor for ‘borrowing’ the name of the great section on their site – BDS in the Pews  which is a more than excellent initiative.

NGO Monitor  itself is a huge and valuable source of information which everyone should have at the top of their favourites list.

I really don’t want to harp on the events at St. James’s Church, Piccadilly in London this past week or so,  but I thought it was a good time to highlight the anti-Israel sentiment which is rearing its ugly head within not only the Anglican Church, but also the Protestant and United Church of Canada, and the Methodist Church in the UK.

I do have a question though for the Israel haters.

Why is Israel’s separation barrier the only ‘wall in the world’ causing an issue, when there are some twenty or more others in situ, yet we hear ne’er a word about them?

Walls have been built down through the ages for many reasons of protection. Jericho’s walls were built as a protection from flood. Hadrian’s wall in the north of England was built to keep out marauders, as was the Great Wall of China. Israel’s is built to save lives. What’s wrong with that?

As Hamas spokesperson Musa Abu Marzuq commented, when asked in 2007 by Egyptian politicians why suicide bombings had decreased since the Hamas government came to power:

“carrying out such attacks is made difficult by the security fence and the gates surrounding the West Bank residents.”

I hope Pastor Winkett is reading this. I rest my case.

He has spoken at rallies to call for justice for Gaza in the Middle East. He is very outspoken with his views supporting the BDS and indeed was very active during the Marrickville Council proposed Israel boycott in 2010 -2011.

Whilst looking for his speech to Marrickville Council, which made me quite sick at the time to listen to. I was very involved with it – I found this   ”not a great quality video, so you may find it easier to read the transcript.“  This in itself is a perfect example of dishonesty by a man of ‘the cloth’, as NO recordings were permitted at Council other than official ones, by order of the Mayor.

The BDS (boycott, divestment, and sanctions) campaign originated in the NGO Forum of the UN’s 2001 World Conference Against Racism in Durban. Some 1,500 NGOs at the Durban conference crystallized a strategy of delegitimizing Israel as an “apartheid regime” explicitly calling for the

“complete and total isolation of Israel as an apartheid state” through the “imposition of mandatory and comprehensive sanctions and embargoes, the full cessation of all links (diplomatic, economic, social, aid, military cooperation and training) between all states and Israel.” 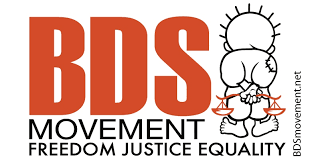 Among the accredited NGOs at this Durban NGO Forum were thirty-five Christian religious institutions representing a number of churches.  In the following decade many of these churches would be targeted for co-optation by the proponents of the Durban strategy, with a few denominations actively promoting this strategy.

In the last decade most denominations in the U.S. repeatedly rejected boycott and divestment resolutions presented by pro-BDS church activists. These activists continue to push for their respective denominations to pass BDS resolutions in the hope of eventually reaching their goals.  Meanwhile, these repeated efforts provide a vehicle to amplify anti-Israel messages within the churches.

“Religious institutions are seen in many communities as embodying important moral and ethical principles… Divestment campaigns that target companies such as Caterpillar have been initiated in a number of major Christian churches. Not only will successful divestment campaigns financially weaken the Occupation, but will raise both the public profile and legitimacy of the BDS campaign.”

Not all church groups pursue anti-Israel agendas and BDS. However, there is a strong, well-financed network of churches that lead BDS campaigns, with an emphasis on divestment. The leaders of these groups, often members of the clergy, selectively use the rhetoric of religious and moral authority to condemn Israel in sermons, essays, press releases, reports, and other publications. Palestinians are portrayed as the weaker and suffering party that must be defended against injustice. In some instances, however, it is clear that anti-Israel sentiments are used to mask antisemitic attitudes.

The BDS campaign views the churches as a key target for cooptation and promotion of their agenda:

Religious institutions are seen in many communities as embodying important moral and ethical principles… Divestment campaigns that target companies such as Caterpillar have been initiated in a number of major Christian churches. Not only will successful divestment campaigns financially weaken the Occupation, but will raise both the public profile and legitimacy of the BDS campaign.

On August 19th 2102 it was reported in The Jewish Daily Forward that:

Voting Aug. 17 on a final set of resolutions, members of the church’s governing General Council passed a measure to boycott products exported by Israeli settlements on the West Bank and in eastern Jerusalem.

The resolution calls on church members

and requests that products produced in the settlements

“not be given preferential treatment under the Canada-Israel Free Trade Agreement.”

Other resolutions relating to the Israeli-Palestinian conflict singled out the settlements as a principal obstacle to peace in the region; called on Israel to suspend settlement expansion; and expressed regret for previously asking Palestinians to acknowledge Israel as a Jewish state as a precondition to peace.

On 4 December 2013 it was reported in Israel National News that:

The United Church of Canada, the country’s largest Protestant denomination, this week launched its “Unsettling Goods” campaign to boycott three Israeli companies, Ahava, Keter Plastics and SodaStream, all of which have factories in Judea and Samaria.

Aside from urging its members to boycott the three companies, the United Church intends to pressure Canada-based marketing chains Canadian Tire, The Bay, Home Depot and Walmart to stop carrying the Israeli products.

“the church does not currently have any campaigns which address the ongoing slaughter of Christians in Muslim countries around the world, nor does it make any statement of support that recognizes Israel’s right to exist.”

“Despite Hamas’ repeated calls for the destruction of Israel and the killing of Jews, based on Article 13 of the Hamas Covenant, which states

‘There is no solution for the Palestinian question except through Jihad…, and despite calls by Fatah officials for a third violent intifada against Israel, the United Church sees fit to pray for a successful boycott against Jewish businesses in Israel, while ignoring the ongoing incitement to violence and genocide against Israel and Jews coming from Palestinian leaders,”

Benlolo added that the

“call to prayer for anti-Israel boycotts is nothing less than an assault on the Jewish people by the United Church. The echoes of the past history of Church-sanctioned antisemitism continue to grow stronger.”

Then we find that the useless idiots from Independent Jewish Voices Canada (IJV) complimented the United Church of Canada for adopting a report calling for the boycott of illegal Israeli settlements in Judaea  and Samaria, and East Jerusalem.

“By adopting this historic resolution, the United Church of Canada joins a growing movement of churches, trade unions, and other organizations in Canada and around the world that are boycotting Israel’s illegal,”

“It is not anti-Semitic to criticize Israel. Given the state’s ongoing illegal activities it is a moral imperative. We are very encouraged that the United Church has recognized the difference and we look forward to working with the church to move this important human rights work forward.”

“IJV is grateful to the United Church for undertaking this careful and principled review, and we endorse its thoughtful recommendations for ethical action to support justice for both Palestinians and Israelis.”

In an open letter to the United Church of Canada’s 41st General Conference at Carleton University, Rabbi Lynn Gottlieb of Jewish Voice for Peace had joined with IJV in calling on delegates to endorse the proposals for the boycott of products made in illegal Israeli settlements located in occupied Palestinian territory.

On October 16 2013 The Jerusalem Post said about the duplicity of the British Methodist Church:

The British Methodist Church, with the BDS movement, is distributing a questionnaire calling for a boycott of Israel.

This is a significant step against Israel. It extends their 2010 partial boycott of “settlement” products. Now they are hitting all of Israel.

This institution, professing love, truth and justice, now pursues hate and hypocrisy, while peace talks are being conducted between Israel and the Palestinian leadership. Strange timing.

If “occupation” is the issue, why aren’t they boycotting other countries practicing occupation? Turkey displaced 400,000 Cypriots and occupies Northern Cyprus, China occupies Tibet and Morocco occupies Western Sahara. Not a peep from the Methodists. It’s only Israel they beat up on, with the Palestinians as their poster child.

These BDS supporting Methodists have no concern for Israel’s security needs in protecting its people after decades of Palestinian terror against innocent Israeli civilians. They fail to appreciate the numerous failed peace gestures of successive Israeli governments, all rejected by Palestinian leaders. In short, Israel’s position is conspicuously absent in Methodist deliberations. It lacks even-handedness, fairness and is devoid of love, truth and balanced justice.

More puzzling is members of the Methodist branch of the Christian religion siding with an entity that hates and abuses Christians.

Bethlehem, perhaps the most holy place in Christendom, that when Israel was established the Christian population was in excess of 70%, under Jordanian and Palestinian control their population has fallen to 15%.

Christians have fled both the West Bank and Gaza. They are now less than 1.7% of the total Palestinian population. If you are a Palestinian Christian, you move to Israel. Just ask the Christian population of east Jerusalem if they prefer to be Israeli or Palestinian.

Previous Israeli Arabs: We Do Not Want to Live in Palestinian State
Next The Ultimate BDS Fail!

Myth: Moving the UK embassy to Jerusalem would undermine peace