They regard the prisoner release as something Israel was supposed to have done anyway, many years ago. Many will continue to see it as as part of an Israeli-American scheme to extract concessions, and will continue to attack Abbas for “succumbing” to US pressure.

The argument that the release of Palestinian prisoners boosts the standing of Palestinian Authority President Mahmoud Abbas and “moderate” Palestinians and facilitates the resumption of peace talks with Israel is not necessarily true.

Many Palestinians do not see Israel’s decision to release more than 100 Palestinians who were imprisoned before the signing of the Oslo Accords two decades ago as a gesture on the part of Israel.

Rather, they regard the Israeli move as something that Israel was supposed to have done anyway, many years ago.

As Saeb Erekat, the chief PLO negotiator, explained: “This Israeli cabinet decision is an overdue step towards the implementation of the Sharm Sheikh agreement of 1999, whereby Israel committed to release all the pre-Oslo prisoners. We welcome this decision 14 years later.”

So unlike the US and other Western governments, the Palestinian Authority does not see the release of prisoners as a conciliatory move on the part of the Israeli government. 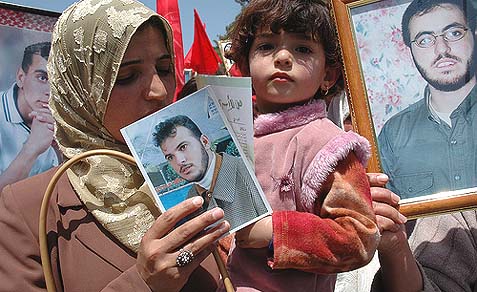 Moreover, Palestinian Authority representatives do not believe there is a link between the release of prisoners and progress toward achieving peace between Israelis and Palestinians.

Many of the prisoners who are scheduled to be released do not even belong to Abbas’s Fatah faction.

It is unrealistic to think, for example, that members of Islamic Jihad or the Marxist Popular Front for the Liberation of Palestine who killed Israelis are going to come out of prison and declare their support for the Oslo Accords and the two-state solution.

There is also no guarantee that Fatah prisoners who were incarcerated before the signing of the Oslo Accords will endorse the peace process.

Of course Abbas and Fatah will do their utmost to take advantage of the prisoner release to try and score points on the Palestinian street.

Abbas’s aides and loyalists are busy these days preparing a big rally in Ramallah to celebrate the release of the prisoners.

They are keen on presenting the prisoner release as a “huge achievement” by Abbas.

But even if a large number of Palestinians turn out to greet the prisoners, this still does not mean that they support Abbas’s decision to resume peace talks with Israel.

Some Palestinians, including Abbas loyalists, see the release of a few dozen prisoners as a “bribe” offered by US Secretary of State John Kerry to the Palestinian Authority president to entice him to return to the talks.

These Palestinians point out that in return for this “bribe,” Abbas was forced to drop his two other preconditions for resuming the peace talks: a full cessation of settlement construction and Israeli acceptance of the pre-1967 lines as the basis for a two-state solution.

There are also Palestinians who see the release of about 100 prisoners as a “minor” achievement for Abbas, especially in comparison to Hamas’s success in securing the release of more than 1000 inmates in return for kidnapped Israel Defense Forces soldier Gilad Schalit.

“Israel is not doing anyone a favor by releasing 100 prisoners,” said a Fatah official in Ramallah. “While we welcome this decision, we do not see how it could help the peace process, particularly in light of the fact that there are more than 5,000 Palestinians who are still in prison.”

So while most Palestinians are expected to rejoice over the release of the prisoners, it is naïve to think that they will take to the streets to celebrate the resumption of peace talks with Israel.

The prisoner release could benefit Abbas in the short-term.

But in the long-term, many Palestinians will continue to see it as part of an Israeli-American scheme to extract concessions from Abbas and the Palestinian Authority leadership.

After the celebrations over the release of the prisoners end, Palestinians will continue to criticize Abbas for “succumbing” to US pressure and going to the peace talks against the recommendation of the PLO leadership. And of course they will continue to attack Israel for not fulfilling all their demands, including a settlement freeze and the release of the rest of the prisoners.

Khaled Abu Toameh, an Arab Muslim, is a veteran award-winning journalist who has been covering Palestinian affairs for nearly three decades.
He studied at Hebrew University and began his career as a reporter by working for a PLO-affiliated newspaper in Jerusalem.
Abu Toameh currently works for the international media, serving as the ‘eyes and ears’ of foreign journalists in the West Bank and Gaza Strip.
Abu Toameh’s articles have appeared in numerous newspapers around the world, including The Wall Street Journal, US News & World Report and The Sunday Times of London.
Since 2002 he has been writing on Palestinian affairs for The Jerusalem Post.
Abu Toameh has also been working as a producer and consultant for NBC News since 1989.
He is a Distinguished Senior Fellow at the Gatestone Institute.

Previous “What is the agenda of the Sydney Alliance?”
Next We need real justice, not rumour